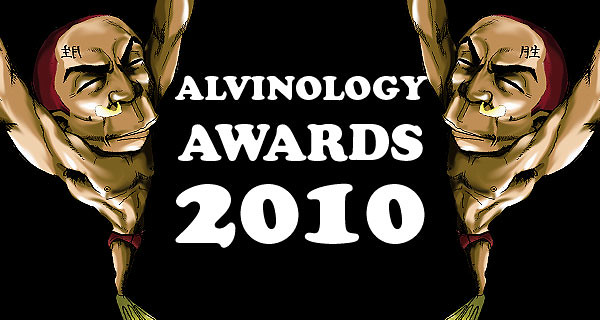 I always love to compile summary listings – how can I miss out the chance to do so once a year?

So… here goes! Alvinology’s list of TOP FIVEs for Year 2010!

(NOTE: The casual lists were compiled by a very biased yours truly, favouring things that rock my boat and also mainly stuff that were recorded on this blog in 2010.)

Alvin and Rachel tied the knot on an airplane! How can I ever forget this trip?

I got to be among the first to visit the Coca-Cola Pavilion at the Shanghai Expo on the launch day as well as meet many fun and interesting bloggers from around the world.

I made lasting friendships with the ten Singapore Blog Awards 2010 winners and Vivien from the Hong Kong Tourism Board. Good food, endless shopping and excellent companionship, what more can one ask for?

I got to know many bloggers from different countries and gave a presentation to a room packed full of enthusiast bloggers.

My Sydney Honeymoon with Rachel (Blog posts coming up soon!)

Rachel and I met up with an old friend, Xai, who is studying there as well as a bubbly Aussie Alvinology blog reader, Tinlok. Rest of the time we were enjoying each other company as we were on our honeymoon mah. 🙂

Echoes of the Rainbow (岁月神偷)

I watched this on a plane flight home from Hong Kong. The movie did not do well in the Singapore box office and most Singaporeans may not even know of its existence. Nonetheless, the movie has received good reviews from critics. It is a heart-warming movie that is not overly artsy.

There are cute minions and a likeable lead villain-turned-hero. Absolutely love this.

I haven’t watch R21 movie in the theatre for a long while. The Housemaid was enjoyable because of the superb acting of the female lead.

The world of superheroes and super villains get confusing as they swapped places in this Dreamworks animation feature.

An ang moh journalist takes you into the queer world of the Japanese underground.

The world is evil. That was what I concluded after reading this book.

Chetan Bhagat’s The 3 Mistakes of My Life

This book has a very simple, straight-forward narrative. Chetan Bhagat is currently the bestselling English author in modern India and his book gives us a glimpse into the lives and aspirations of the urban middle-class in India.

Teaching you how to make economic senses of simple things in life, much like the international bestseller, The Undercover Economist.

This gang slashing in broad daylight resulted in the death of a teenager. The incident shocked Singapore. A slew of other gang-related fights and arrests were to follow.

Crazy Sarawakians made Kallang an unsafe place by slashing and robbing random strangers for a tiny pittance.

Singapore auntie beating up her dog for chewing on cushion

Netizens started a witch hunt to sieve out this dog abuser.

Just watch and you will know why.

Flood Again? You can always canoe on the Singapore street

Guy in canoe FTW as Singaporeans learn to deal with frequent flash floods.

Steven Lim哥哥 is Seriously Into Singing This Time

The dude even bought airtime on prime time TV slots to promote his music videos. However, no one seems to be taking him seriously.

A concert for the living or getai for ghosts?

Congratulations to omy.sg for another great year!

Congratulations to Alvinology too! This was for my wedding proposal – Project R.

What took me so long?

First couple in Singapore to solemnise our wedding on board a commercial plane.

Good food for a cause.

Quality chow at a reasonable price.

An alternative to Aston’s for reasonably priced steak.

It gets bigger and better every year.

I learned the power of K-Pop at this year’s event.

My experience as a paparazzi for the day.

My first time riding on a trishaw in Singapore. The experience was pretty exhilarating.

An interesting walk down memory lane in two iconic buildings.

Yeah! There is finally a heartland mall near my residential area.

“Live Life in the Clear!” with Crizal lenses by Essilor

After discovering Crizal, I shall pay more attention when choosing my lenses from now on!

Get Giving with GET SINGAPORE This Festive Season!

Go local when buying presents for your loved one. Support Singapore brands under the GET SINGAPORE collective.

Four Birthdays Together on a Private Yacht

Singapore now join the rank of other cool cities like New York and Shanghai where Vitaminwater is available. 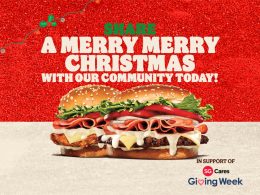 With Christmas coming up right around the corner, BURGER KING is sharing the love with the Snow Cheese…
byIrone Kim 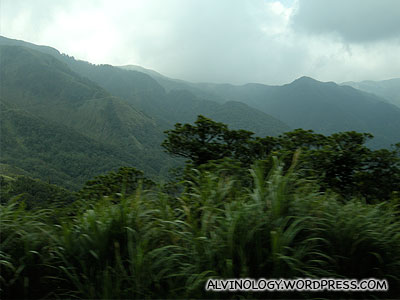 On our second visit to Taipei city, Rachel and I went to the Yangmingshan National Park to check…
byalvinology 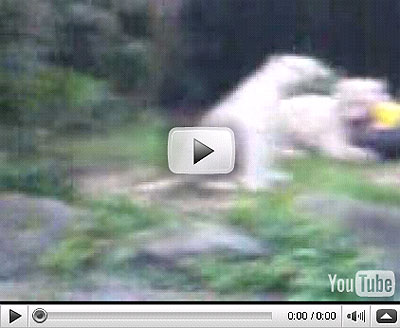 As someone familiar with the Internet age, I knew it was a matter of time before the video…
byalvinology