Watching this video makes me boil. The culprit has the audacity to molest a girl in full public view. His face is caught on video and I have taken a screen-grab as below:

The guy should be caught and prosecuted. Please help spread this picture to flush out the culprit.

Neither partying or getting drunk is an excuse for molesting someone.

UPDATE: There were at least FIVE molesters caught on video. Although the video has been removed, I have taken incriminating screen grabs of the culprits.

Plugging this for my friend, Peixian, otherwise known as Miss Glitzy, her online moniker. Peixian is organising a…
byalvinology 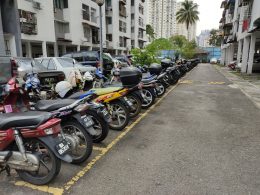 In a horrific tragedy, a four-year-old boy was allegedly thrown out the window after the family tried to…
byDanielle Ann