omy.sg won a total of three awards this year at the inaugural Asian Digital Media Awards, the most among all single publications.

The award is organised by the World Association of Newspapers and News Publishers (WAN-IFRA) in conjunction with the second Digital Media Asia Conference.

This is sweet validation for the hard work that the omy.sg team put in over the past year.

More details are available in the press release below:

SPH picked up a total of 10 awards at the ADMA 2010, organised by the World Association of Newspapers and News Publishers (WAN-IFRA) in conjunction with the second Digital Media Asia Conference. The awards, presented today at 7pm at Velvet Underground @ Zouk, attracted over 120 entries from 53 media companies across 13 countries.

The ADMA acknowledged the best of how individuals and organisations embraced new technology, innovative thinking and creativity in digital media in Asia.
SPH topped the Best in Mobile Media Award (Mobile Publishing) categories with The New Paper Football Kaki, SoShiok.com and Stomp clinching a Gold, Silver and Bronze award respectively. The award honoured the best and more innovative services offered by a newspaper publisher on a mobile platform.

SPH also made a clean sweep of the Best in Social Media Award (Innovative Use of Social Media) with omy.sg, the bilingual news and interactive web portal, clinching a Gold and a Bronze award. straitstimes.com bagged a Silver in the same category. This was omy.sg’s second accolade within a month, following its recent win of two silver awards at the 2010 W3 Awards in October.

Stomp (Straits Times Online Mobile Print), the leading citizen-journalism website in Asia, clinched a Bronze for Best in Digital Content (User Generated Content). The award evaluated the capacity of a media company for attracting and publishing relevant content from their readers and users.

Night Out 2010 fulfilled the advertiser Singapore Tourism Board (STB)’s objective to change local perceptions that Singapore has nothing exciting to offer after dark by showcasing a variety of exciting night activities beyond shopping. It involved a host of SPH’s multimedia products such as print (The Straits Times, The Straits Times Urban, Lianhe Zaobao and The New Paper), online (AsiaOne network), on air (Radio 100.3) as well as on mobile (location-based advertising).

Mr Alan Chan, CEO of SPH, said: “It is heartening to see that SPH’s commitment to develop and enhance our new media products has paid off. Being recognised by industry professionals is a testament to our dedication in providing the best digital media offerings to both our users and advertisers. I wish to thank our staff who are always looking for new and exciting ways to grow our products and engage our audiences.”

Awards won by SPH at the Asian Digital Media Awards 2010 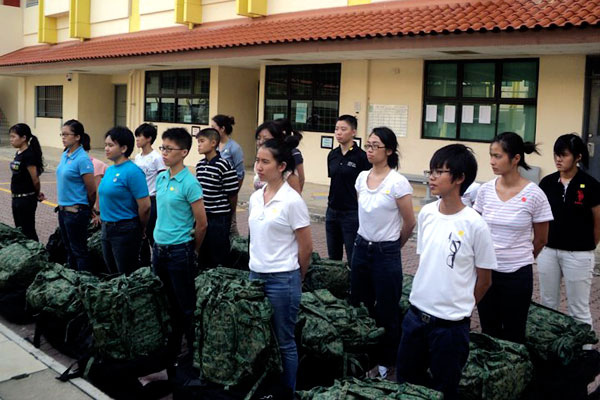 What has NS done for you?

MINDEF: “What would you defend?” Singapore born males to one another: “What has NS done for you?” My…
byalvinology ［梁智强婚外情］Jack Neo’s Affair Scandal – Get all the latest updates

If you are interested to keep up with the latest development in the recent Jack Neo affair scandal,…
byalvinology
We are now on Telegram with daily deals and giveaways! Click and join our channel. It's FREE!
See how Snapask has been helping out over 3 million students around the world. Find a perfect plan