This story is for those who anyhow sabo people on Facebook or on any other social media platforms without verifying rumours and information.

A woman who was wrongly accused of being a child kidnapper at Compass One mall in Sengkang, has reported the matter to the police.

On Saturday (15 July), Facebook user David Voo put up a post on the social media platform accusing a woman of taking a child away from the area located outside iStudio store.

Voo also said when the child returned to the mother, the woman looked disappointed and continued to roamed around the area.

He also said the “plump” woman looked “fishy” and looks like she is “PRC” (from People’s Republic of China).

His post also included a photo of the said woman. On Tuesday (18 July), Zhou wrote on Facebook claiming she’s “the lady that David Soo pointed the arrow to.”

“The post online accused me of trying to abduct a little girl when I was only trying to help,” she said.

According to Zhou, she had found a little girl alone and crying and wanted to bring her to the information counter, after being prompted by passers-by to do so.

Just as she was about to, the child’s mother was found.

“My intention was trying to help the helpless little girl to find her mum being a mother I know the anxiety of the mum and child,” said Zhou.

She also added that David Voo accused of her “being an abductor without finding out the truth”.

She made a police report after her son showed her a screen grab of Voo’s post wrongly accusing her of being a child kidnapper.

“This post with my photo and arrow pointing at me had hurt me deeply. My neighbours and friends have approached me to ask me why I could be smeared in such a way, and I decided to lodge a police report,” she said.

In her police report, she reaffirmed that she “did not try to kidnap the toddler and my only intention was to help her”.

She also said she “demand an apology from him”.

Voo has since apologised to Zhou and removed his post. The state of online conduct in Singapore is troubling, said Dr Michael Netzley, a media researcher and the academic director of executive development at Singapore Management University, in an interview with The Straits Times in 2014.

“Any time somebody appoints himself judge, jury and executioner, we have a drastic problem,” he said.

Dr Netzley compared the online “CSI” activity in Singapore to what is known as the “human flesh search engine” in China, where netizen mobs turn on individuals and make their lives a misery by posting their personal details online.

“What I don’t want is for the Government, at some point, to decide that they’ve had enough and are going to start tracking people online. But any time you push the limits online, you invite the Government to make restrictions. People must do better at self-regulation, and there needs to be more citizens willing to speak up and say, ‘This is wrong’,” he told the local media.

Recently, a primary school teacher has been accused of attempting to take an upskirt video of a female commuter on board a MRT train in Singapore.

It is not conclusive whether he had committed the crime or not, but his face and personal details have been exposed all over the internet. He had since deactivated his Facebook account.

Remember the incident where a couple was seen arguing with an elderly man at a hawker centre in Toa Payoh Lorong 8 earlier this year?

An online vigilante, Ang Tock Seng accused a Cherry Tan as one of the duo. His accusation turned out to be completely wrong. Unfortunately, his identity was exposed by other online vigilantes. For those who are unfamiliar, Leng Yein is a Malaysian DJ known for car modelling and her curvy…
byKaryn Cheong 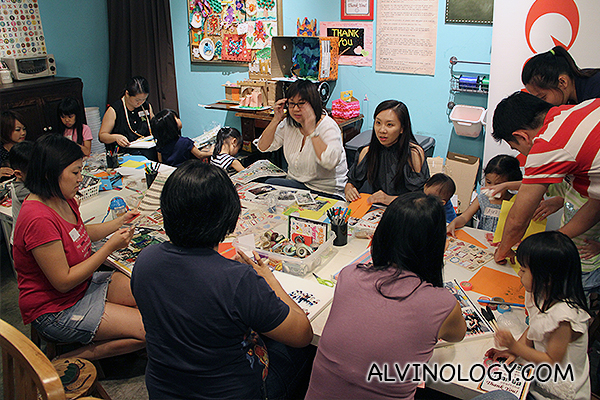 Do you know there is an Eat, Play, Love Cafe in Singapore? The cafe is located at Aliwal…
byalvinology All Hail the New Ride-Hailing App: GOJEK Beta Gets Released in Singapore

After the sad demise of UBER in Singapore, we have all been waiting for new companies to give…
byShiela