It seems he Ang had fingered the wrong person. Now, Cherry Tan has made a police report against him for harassment and may be taking further action against him for the unnecessary distress he had caused her: Ang and other online vigilante wannabes and online lynch mob may want to be reminded of this: Would you randomly finger a stranger to a crime in real life if you are not a direct witness?

Why is it that simple moral ethics which people can adhere to in real life, do not seem to apply in the online world?

Everyone deserves to have their own views over the actions of the couple involved in the pushing incident or to debate about the chope culture at hawker centres in Singapore. However, I think a fine line needs to be drawn between what is acceptable and unacceptable online comments.

What Ang did was definitely unacceptable. I am not sure if Ang or the Vigilanteh pointed the needle to Cherry Tan first (anyone can help verify?). In any case, the latter is the one with a huge following of over 400,000 fans on Facebook and definitely amplified the unfounded accusation to a wider audience. To be fair, they did put a disclaimer that the information source is unconfirmed. The online mob could not care less and treated the information as if it is verified truth.

The Vigilanteh was previously credited for bringing down Jover Chew and his dodgy Air Mobile scam business at Sim Lim Square, preying on foreigners looking for cheap mobile phones. Most Singaporeans seem to cheer on their online vigilantism, probably in response to the frustration that the police seem to not be able to do much to curb the many scamming incidents at Sim Lim Square.

Is online vigilantism something we should even encourage?

For those who think lightly of how hurtful online accusations can be, you probably have never been put through an internet lynch mob before.

Ask any social influencers, bloggers or online personalities and they can talk to you for days on how malicious and tenacious some online trolls can be; not to mentioned the extend people will go to dig out your private information to publicly shame you to the max. 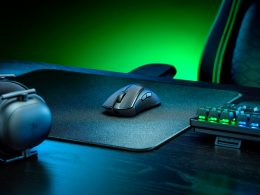 [PROMO] CapitaLand will be rewarding you a Triple Bonus from today till 31 August – earn $30 cashback in eCapitaVoucher!

eCapitaMall is celebrating its first monthsary and, with it, launches a limited-time-only STAR surprise box and rewarding you…
byIrone Kim

Spotify reveals the most listened artists, albums, songs, and trends in Singapore during Spotify’s Year in Music 2017!…
byIrone Kim