The Amy Cheong Saga: Fast and Furious on Social Media

Within 48 hours, Amy Cheong was fired from her cushy job as an Assistant Director at NTUC and chatised by no less than Minister Lim Swee Say and even Prime Minister Lee Hsien Loong!

There is also a Facebook page called “FIRE Amy Cheong” dedicated to her with over 7,000 fans since it was set up yesterday.

Her name is one of the top searched on Google and is trending on Twitter.

Amy Cheong tried to do some damage control, sending repeated apologies via Twitter, email and Facebook to save her own skin and probably her job too – to no avail.

I was wondering why she did not take a leaf from previous social media screw-up whereby the blame was always shifted to another suspicious “administrator” or “maid” or “hubby” or whoever.

Remember Tin Pei Ling and Denise He (blame the administrator)?

I am not saying Amy Cheong should not be punished for her racist remarks, but if she is genuinely apologetic, I believe we should be more gracious and give her a chance to repent. At least she was honest enough to own up to her mistake and not pull a fast one by shifting the blame! 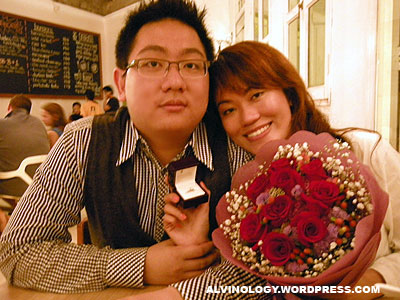