In the tradition of TIME Person of the Year magazine cover, I am doing a Singapore edition for everyone to vote for your favourite Singaporean in 2012 as the year draws to an end (the voting box is at the end of this post).

I did a similar post last year and the winner for 2011 was the Workers’ Party Aljunied GRC team.

Note that this poll is not officially endorsed by TIME Inc. I will announce the winner on New Year’s Eve, just before midnight 2013.

Following the announcement of the recommendations on Ministerial pay cut by the Ministerial Salaries Review Committee in January, then-Senior Minister of State, Ministry of Information, Communications and the Arts & Ministry of the Environment and Water Resources, Grace Fu Hai Yien posted a long tirade, whining about the pay cut on her Facebook. Her post proved to be very popular with Singaporeans, turning it into an Internet meme “When I made the decision…”

Yaw Shin Leong was a rising star in the Workers’ Party, holding the position of Treasurer in the party and was a Member of Parliament representing the constituency of Hougang after the 2011 Singapore General Elections until he was expelled by the party in February 2012 for an alleged extramarital affair. He was the first man to be brought down by a sex scandal in 2012. A string of many would follow.

An unidentified underage prostitute had commercial sex with over 50 men and caused all of them to be charged and sentenced. Many prominent men of high social status and/ or wealth were brought down by their moment of lust, including Lee Lip Hong, former principal of Pei Chun Public School; Howard Shaw, former executive director of the Singapore Environment Council and grandson of Shaw Organisation founder, Runme Shaw; and Gary Ng, a sex fiend nicknamed “Singapore Edison Chen”.

Co-founder of mega church, City Harvest, Pastor Kong Hee was charged by the Singapore Commissioner of Charities together with five other of his church leaders in June. The six of them are accused of putting S$24 million into sham investments to help fund the music career of Pastor Kong’s wife, Sun Ho. Another S$26 million worth of church funds were then allegedly misappropriated to balance the church’s account books.

The Singapore Women Table Tennis Team picked up two Olympic Bronze medals at the 2012 London Summer Olympics. A remarkable feat indeed. However, the win was also widely criticised by some Singaporeans who viewed the China-born trio as “China Team C”.

Within 48 hours, Amy Cheong was fired from her cushy job as an Assistant Director at NTUC because of racist remarks she made on her Facebook and was chatised by no less than Minister Lim Swee Say and even Prime Minister Lee Hsien Loong.  Internet is serious business. Amy learned it the hard way.

Malaysian ASEAN scholar, Alvin Tan Jye Yee, 24, gained notoriety for posting explicit photos and videos of himself and his girlfriend online. He has since been stripped of his scholarship by the National University of Singapore.

On the Monday morning of 27 November, 171 SMRT China bus drivers refused to go  to work, in protest of their wages and living conditions. Strikes and other forms of industrial action are extremely rare in Singapore. The last illegal strike was in 1980 and involved the Singapore Airlines pilot’s union, while the last legal strike was in 1986.

Singapore multi-disciplinary artist, Tan Swie Hian became the most expensive living artist in Singapore and Asia earlier in December after his oil and acrylic painting, When the Moon is Orbed 《月圆时候》(140cm x 206cm), was sold for 18.975 million yuan (S$3.7 million) in a Beijing auction.

People’s Action Party’s MP for Punggol East Single Member Constituency and Speaker of the House in the Parliament of Singapore, Michael Palmer, resigned from his positions on 12 December due to an affair with a member of the People’s Association, Ms Laura Ong, a constituency director of Pasir Ris West Constituency Office. He rounded up a year of sex scandals and sordid affairs, kicked started by his opposite in blue, Yaw Shin Leong.

If I were to sum up major news events in Singapore for the year 2012 with one word, it is clearly “SEX”.

Hopefully, 2013 would be a less scandalous year.

Remember to cast your vote below: As more employees in Mediacorp speak up against sexism in their workplace, two freelancers are currently under investigation…
byStaff Writer 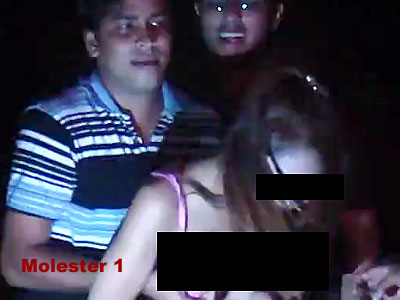 Plugging for omy.sg because I think this is a pretty good lobang. The Singapore Flyer is giving out…
byalvinology 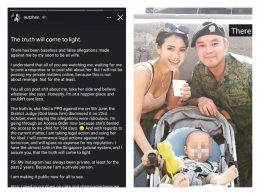 2020 isn’t ending well for 31-year-old Joshua Ang and Shannon Low, with a messy separation made even more…
byDanielle Ann