Music fans rejoice! Following sold-out performances across the globe, American YouTube sensation Boyce Avenue is back in Singapore with their brand new show this June 2018!

Formed in 2004, Florida-based band Boyce Avenue, comprising of the three Manzano brothers — Alejandro (lead vocals, guitar, piano), Fabian (guitar, vocals), and Daniel (bass, percussion, vocals), rose to fame when the world heard and resonated with their soulful original songs and distinctive covers renditions on YouTube. Their strong acoustic roots and melodic rock vocals had not only won them legions of fans all over the world, but has also enabled the brothers to forge a lasting and passionate digital fan base, with over 3 million Facebook likes and a half million Twitter followers.

With three original music albums and nineteen cover Eps under its belt, Boyce Avenue has successfully amassed more than 3.8 billion views and over 10.9 million subscribers on YouTube to date, and growing, making them the most viewed independent band worldwide. Boyce Avenue, currently one of the biggest independent bands in the world, has sold in excess of 10 million songs and 1 billion streams, and has had the privilege of touring the world several times, selling more than 600,000 tickets in over 30 countries, including, most recently, a sold out headline show at the legendary Royal Albert Hall in London, in November 2017.

Last performed here three years ago to overwhelming response, the trio returns to serenade Singapore with a repertoire of original songs as well as popular cover hits including “Be Somebody”, “One Life”, “Yellow”, “Find Me” in this highly-anticipated concert!

This concert is proudly presented to you by Hype Records. Log on to www.hyperecords.com and https://www.facebook.com/HypeRecords for more updates. This article was written by Phua Yi Xuan of Asia 361. Set against the beautiful city skyline of…
byAsia 361 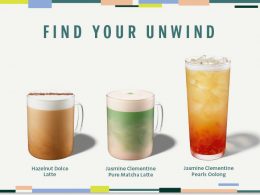 Embrace the new year with Starbucks Singapore’s new winter beverages and fuel-up with our array of food and…
byIrone Kim
Power up your child's learning with Geniebook.
Sign up for free demo
This is default text for notification bar
Learn more