It’s not just young Singapore girls like Gwen and Sun Tan who are getting into the act of sharing their semi-nude/nude photos and videos online. The boys do it too.

Below is a story that ran in The New Paper a few days back about a heartland boy called Ronald who claimed to be from Nanyang JC. This smart boy went about exposing himself and masturbated on his webcam in MSN chats with his female cyberfriends. One of the girls made screengrabs of Ronald in the act and the pictures were leaked onto popular local forum, EDMW.

If you were to ask me, Ronald is not only a sicko, but a dumb one too. Please lah, leave so much of your personal details and trails behind in cyberspace. It’s obvious will kena exposed sooner or later.

He strips, she snaps
Teen catches webcam ‘sicko’ in the act but is afraid parents would scold her for going online
By Celine Lim
October 24, 2008

HE stood up, pulled his shorts down and started fondling himself – in front of his web camera.

On the other end of the Internet connection, Jane, 15, shielded her eyes as the older teen, whom she had never met in person, exposed himself to her on Sunday.

As he masturbated, she clicked away, capturing and saving images of the live action in quick succession.

Jane told The New Paper that she and a friend hatched a plan to catch the boy in the act because it was apparently not the first time such an incident had happened.

She said: ‘I wanted to bring him to justice and warn others about him.’

But was he breaking the law? Yes, said lawyers, even though it happened in cyberspace. The boy can be charged with insulting Jane’s modesty.

The New Paper tried to call Ronald on his handphone several times yesterday, but he didn’t answer.

But having got the evidence, she is now in a dilemma: She does not want to go to the police because she herself is breaking a rule – she is not allowed to use instant messaging programmes by her parents.

Under the law, we cannot identify Jane because she is a minor.

She said the boy first made contact with her about a month ago.

It was a Wednesday afternoon and she was at home in her Jurong flat.

She had signed on to an instant messaging programme from the computer in her bedroom.

It was then that a stranger, who said his name was Ronald, sent her a message.

He told her that he was 18 and studying in a junior college. But Jane sensed something amiss.

She said: ‘I asked him how he got my e-mail address, which he needed before he could send me a message.

‘He said he got it from my (social website) profile online. But I hadn’t posted my particulars there and told him so.

‘He then changed topic and asked if I was ‘dirty-minded’.’

At that point, Jane said she ‘blocked’ him so he could not see her online as she was ‘a bit terrified’.

She then asked her friends, who were online, if they knew of ‘Ronald’, and sent them his e-mail address.

Several girls replied that he was a ‘sicko’ who had asked them lewd questions.

Four of the girls, all aged 15, told her that he had fondled himself in front of a web camera while chatting with them on separate occasions.

Jane added: ‘One of them said Ronald had invited her to go to his place in Tampines, but she didn’t entertain him.’

She said she eventually unblocked Ronald. And he asked to meet her, too.

But she refused as he was a stranger. That was when he offered to show her what he looked like using his web camera.

He then asked her questions about her bra colour and size and when she was going to bathe.

Jane said: ‘I felt disgusted. I told him the colour of my bra was the same as his mother’s, and he replied he didn’t mind.

‘I didn’t answer the rest of his perverted questions.’

She said she started playing an online game and ignored Ronald.

As the web camera window was minimised, she was unaware that he had been fondling himself until he asked her about it.

The next day at school, Jane told three of her friends about the incident.

One of them, Jim, 15, suggested gathering ‘evidence’ for a police report.

He offered to pose as a girl and initiate a chat with Ronald. The plan was to capture screen shots of Ronald if he fondled himself again.

Jim said: ‘When Jane told us what happened, she was a little frightened. I pitied her because she ‘kena’ (get hit) such a thing so I thought of the idea.’

That afternoon, with the aid of his older sister’s photograph, he posed as ‘Pauline’ and chatted online with Ronald.

But his attempt failed.

Jim said there were no lewd questions and it took him 20 minutes to persuade Ronald to turn on the latter’s web camera.

Even then, Ronald remained fully clothed and did not cross the line.

Jane said they did not repeat the attempt until a month later.

She simply opted to ‘block’ him so he could not tell when she was online.

‘I didn’t really care after that, but he kept adding my friends’ e-mails from their online profiles to chat with them and use his webcam…’

So, last Sunday, at about 4pm, Jane made herself visible to Ronald online again.

She said Jim and a couple of other friends arranged to be online at the same time so she could coordinate their actions.

Half an hour passed before he turned on his web camera. But it was focused only on his face.

‘But he stripped and started fondling himself. I was taken by surprise. I closed my eyes and adjusted the mouse so I could save the screen shots in the Paint program.’

She had already opened multiple windows so she could copy and save the images without looking at the screen.

Jane said Ronald stopped playing with himself after a few minutes.

She said: ‘He kept asking me if he looked hot or sexy. Disgusting fellow.

‘I managed not to see anything. But later, I had to do a montage of the screen shots as Jim didn’t have the software so I saw anyway.’

The montage she made ended up in the public eye on Monday when another of her friends, John, 17, posted it on a forum.

John said: ‘When I heard what happened, I wanted to teach Ronald a lesson. Jane asked if she should report to the police and I thought they won’t take action as it’s just a ‘bo liao’ (frivolous) thing.’

However, he ‘censored’ the montage before posting it online.

‘We thought we shouldn’t be so evil and show off his face and private parts to the world.

‘This way, we give him one more chance as his exams should be coming up in November.’ 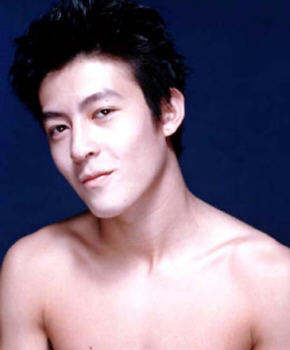 The king of online sex photos and videos scandal, Edison Chen (陈冠希) is coming to Singapore next Friday.…
byalvinology In an email and interview directly with Alvinology, a girl named “E. Lin” disclosed details of an alleged…
byStaff Writer

Update: More shocking revelations and photos of Daphne Ang has surfaced online – including a series of BDSM/lesbian…
byalvinology
We are now on Telegram with daily deals and giveaways! Click and join our channel. It's FREE!
See how Snapask has been helping out over 3 million students around the world. Find a perfect plan