Singaporean Facebook user, Ivan Ho, uploaded a video showing an SAF Commander speaking without a mask for at least 30 minutes to his NSFs. The video went viral in the past few days, and has landed the commander featured in the video in hot water. According to reports, he was set to face disciplinary measures over the COVID-19 rules violation.

What happened in the Pasir Ris SAF Commander video?

The original video of the incident may be found on the Complaint Singapore Facebook group, and was last seen to have 1,500 shares.

The 24-second video showed a group of NSF men in uniform sitting on the ground while a person who appeared to be their commanding officer (CO) spoke to them with his surgical mask pulled down onto his chin. The man in question was wearing a white sweatshirt while holding a drink.

Towards the end of the video, the commanding officer could be seen pulling the mask up, but not to cover his nose (which is the proper way to wear a mask). He had also turned to to face Ivan.

In Ivan’s caption, he alleged that the commanding officer had been wearing his mask incorrectly for 30 minutes, as that was the time the former had spent waiting for his friend at Pasir Ris.

The incident happened at 11:40 in the morning.

Ivan said he approached the man to call him out about his mask wearing, “I decided to approach his colleague to ask if he can mask up, and not be a bad example to the younger ones.”

The CO then allegedly asked Ivan, “Who are you?” in a loud manner. He then also allegedly said, “If you are not happy, I wear and show you.”

Ivan decided not to pursue the conversation, but as he moved to leave the location, he allegedly heard the CO mutter an expletive “that contains language that mentioned my mum,” he said.

Other photos that Ivan uploaded on his post showed the CO walking around the area. He could also be seen smoking in a yellow box.

MINDEF issued a statement on Tuesday, July 27, confirming that the man who did not wear his mask properly was indeed an officer, and that he was slated for discipline regarding the incident.

Mask-wearing was not just a rule implemented in Singapore’s COVID-19 Temporary Measures, but also part of Safe Management Measures that officers have t comply with when it comes to the basic safety of their cadets.

“SMMs are critical to ensure the safe conduct of the SAF’s training and operations, and our commanders are expected to set a positive example as well as enforce those rules to protect themselves and their trainees,” MINDEF said.

Alvinology recently reported on Phoon Chiu Yuke, the lady who tried to use her years of service in the Singapore Navy to get out of charges related to wearing masks.

She cited her previous rank and work in the military in several ‘high profile’ events, that were the basis of her defense. She said that she should not have to face the charges against her in view of the knowledge she held of these mysterious events. 5 Reasons to Consider Tea as Your Post-Workout Buddy

Drinking loose leaf tea comes with many advantages, many of which aren’t limited to taste and health preferences.…
byClaudia Lim 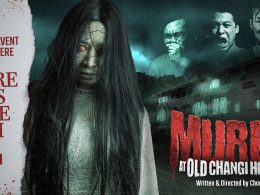 You’ve Had Unprotected Sex, Now What? A Guide on What to do Next

Sex is a natural and enjoyable thing. Once you are of age and participating with other consenting adults,…
byContributor 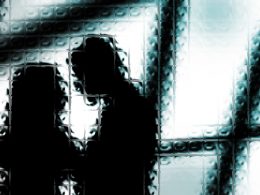 Restraining orders make sure one feels safe and isn’t threatened by someone. They prohibit a person from doing…
byGuy