In a video that’s garnered almost 300,000 views and has been shared 77,000 times, an Indian family can be seen and heard shouting at a Singaporean tour bus driver for refusing them service on account of their numerous bags that would lead to an overloading violation.

The incident happened at Hotel ParkRoyal on Kitchener, which can be found in Little India.

What happened with the Singaporean tour bus ?

According to a video uploaded by All Singapore Stuff, a family from North India was seen shouting and getting increasingly irate towards their van driver on what appeared to be their vacation in Singapore.

A report on The Independent said that the incident happened at 4-star Hotel ParkRoyal. You can watch the video below:

The video showed that the driver did not allow them to put a wheelchair on top of their already-numerous luggage onto the van, since it would be considered overloading the vehicle. The driver cited that it’s a very dangerous thing to do, as sudden brakes could cause any one of the party (which included children) to be seriously injured.

The whole family was arguing with the driver, who wanted them to then take out their belongings from the vehicle, and wait for a new, larger van to take them to their destiantion. The family, however, were doubtful that they were going to get a new van, and refused to take their things.

When the driver started recording the encounter, a middle-aged woman who was part of the family in the altercation started screaming, and said she was not fearful of being recorded at all.

The driver continued to ask them to clear the items from the vehicle, as the former is responsible for the van. The men in the party then told the driver to just ferry them to their destination even if the van would be overloaded, and that they would be responsible for their belongings and anything that may happen.

The driver does not agree, which then causes the tensions to escalate, and the children in the party to join in taunting the former. Some employees from the hotel try to placate the tourists, but one woman says in Hindi, “This is such rude behaviour isn’t it? She is creating problems for tourists. In no country can you trouble tourists like this. This is such filthy behaviour!”

The tourists were finally convinced to remove ther belongings from the van, but were very reluctant to do so, with even the children expressing sarcasm and rudeness to the driver.

Before the driver was able to leave the scene completely, however, a man from the Indian tourist party blocked the vehicle’s path, and told the younger family members to film the driver since they were being filmed as well.

Some netizens have compared the incident with another viral video in 2019 of a man berating a security guard during Deepavali weekend. The man mentioned that he owned a condominium unit worth $1.5 million, and that it was unacceptable for the security guard to bar his guests from parking in the condominium.

The security guard, who was older and of Chinese descent, said that there was a policy of charging an overnight $10 fee for guests using parking spaces in the building, which triggered the argument. Should you euthanize a dog you think is a danger to your baby? According to a Facebook post…
byDanielle Ann 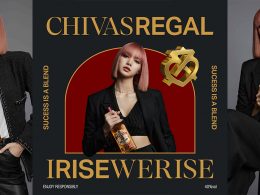 Chivas announces LISA, one of the world’s most influential K-Pop musicians, as its new ambassador and the first…
byIrone Kim