Getting into a good university is one of the most ardent dreams that Singaporean parents have for their children, but one man named Kieffer Tay Kay Xian may have been under too much pressure to fulfill his mother’s expectations, and made some bad choices.

According to a report by Asia One, 24-year-old Kieffer Tay Kai Xian first tried to get into the Singapore Institute of Management (SIM) in 2016, but was rejected when a background check proved that his transcript was forged.

He then tried to get into the same university when it was renamed to Singapore University of Social Sciences (SUSS), with a forged set of credentials. The new university changed to be autonomous and at the same time completely under the oversight of the Ministry of Education,

An employee found the same irregularity, but this time, Kieffer was charged in court for his offenses. The employee made a police report on the matter on March 1, 2019.

According to the same report, Keiffer plead guilty to the charge of forgery, and was fined $5,500 for his crime. Three other charges were considered during the hearing but were not mentioned in the report.

The same report said that Keiffer doctored his Temasek Poytechnic Academy grades so that his general point average would show as 2.76 instead of 1.76.

He was so desperate to study in a univeristy that it pushed him to falsify records in such a manner, the court heard on December 19, Thursday. He also said that he thought the alteration would increase his chances of getting into the university.

The prosecutor urged the court to fine Kieffer, saying, “This is a serious offence as it undermines the integrity of the admissions process for local universities. Despite the school rejecting him the first time after realising the transcript was doctored, the accused was undeterred and continued applying to the same university.

“He was determined to study in a university but unfortunately, his determination was misplaced and was directed at criminal means of gaining a place in the university.”

What was his defence?

Even if Kieffer admitted that he was guilty for the forgery, his defence lawyer said that the former genuinely regretted his actions and that he was an only child and faced a lot of pressure at home.

The report said that, “The father is a patient and very loving parent. The mother, however, is a fearsome parent, fraught with a personality that is impatient and abusive to him and his father.

“Kieffer was under such a huge degree of pressure from his mother to get into a respectable university that he committed the said offences.”

In another report by The Online Citizen, he was allegedly threatened by his mother, who said that he would be kicked out of the house if he was not able to enter university.

From the words of the defence lawyer, it seemed that Keiffer’s mother and her expectations of her only son pushed the latter to commit a crime instead of risking a rejected application with the grades he had. With roughly 400,000 Malaysians working in Singapore, the Causeway was usually packed with a good chunk of Malaysia’s…
byDanielle Ann 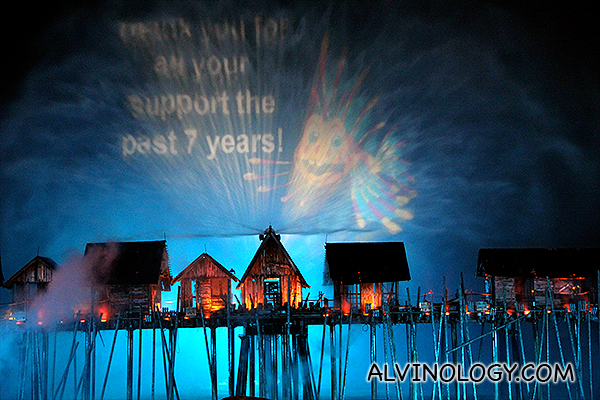 Sentosa’s Songs of the Sea Show Takes its Last Bow

Gim Tim Restaurant (锦珍冷气酒楼) is an established household brand among older Singaporeans. The restaurant tucked away in  heartland…
byalvinology