My Sydney escapade with HTC EVO 3D, hosted by Destination New South Wales, begun on a Monday night, on board an SIA Airbus A380 plane, the largest passenger airliner in the world.

Together with me on this trip were photographer and entrepreneur, Willy Foo and travel blogger, Eunice Khong from Travelerfolio. You can follow all our postings via the official HTC Escapade website.

This was the first time I flew in an A380 and the experience was great, as of all my SQ flight experiences so far. One would expect boarding time to be substantially slower for a double-decked plane carrying so many passengers, but the efficiency of the SQ staff, with detailed boarding instructions and queues separation ensured everyone boarded quickly and smoothly like any other plane ride.

I departed from Singapore at slightly pass midnight, Singapore time and arrived in Sydney at around noon, Sydney time. The direct flight from Singapore to Sydney took approximately 8 hours. Sydney time is two hours ahead of Singapore. For this trip, we encountered daylight saving which increased the time difference to 3 hours.

This meant that I was sufficiently jet-lagged and sleep deprived when I arrived in Sydney after a night flight. While it was noon in Sydney, it would only have been 8am in the morning in Singapore.

Our host from Destination New South Wales, a friendly lady named Duglass, met us at the airport as soon as we came out of the arrival hall. Duglass promptly assisted us with the purchase of a local SIM card for calls, SMSes and of course, 3G Internet access, vital for us to tweet, facebook and post other updates of our trip instantaneously.

We then collected a rental car and drove off to Port Stephens, a large natural harbour located about 160 km north-east of Sydney in New South Wales, Australia. It is a popular tourism destination for both local and international tourists, with a strong focus on aquatic activities such as whale and dolphin watching, recreational boating.

Duglass giving an introduction to Port Stephens in the car:

The port was named by Captain Cook when he passed on 11 May 1770, honouring Sir Philip Stephens, a personal friend of Cook who had recommended him for the command of his voyage.

We started our exploration of Port Stephens on land, with the awesome dudes from Sand Dunes Adventure. Andrew, the boss of the company came along on the trips too. It was a privilege to have Andrew with us as he is a local in Port Stephens and was able to share with us, the aboriginal heritage and history of the region as well as current conservation efforts.

To wake the three of us up from our sleepy spells, the first activity we embarked on was 4WD quad biking on sand dunes. This was the first quad biking experience for Willy and I. Well-traveled Eunice has done it before in another country.

The cynic in me was wondering what could be so fun about driving round and round in the sand in a vehicle that seems to be a cross between a motorbike and a car. After riding in the sand dunes for around 15 minutes, I began to relax more and enjoyed myself thoroughly.

You see, there’s no road marker or sign posts in the sand dunes. This mean you can scoot around with much freedom, unavailable on public roads. The views were also exhilarating and the sand throws much surprises when you are navigating your quad bike around. It takes some skills and efforts, which is why we had guides from Sand Dunes Adventure with us.

We also had a go at sandboarding after we got tired of riding the quad bikes. I fell on my way down and ate some sand on my first try, but all was good. When I came back to Singapore, my jacket and jeans still have some sand from Port Stephens in them,  as trip “souvenirs”. It was a fantastic experience and all three of us would not have mind doing it again and again if not for the long way back up the steep dunes.

Willy’s video recording of his own sandboarding experience, crashing on the way down:

We rounded up our activities with Sand Dunes Adventure with a 4WD car ride with Andrew to MV Sygna, a 53,000 tonne Norwegian bulk carrier shipwrecked on Stockton Beach in Port Stephens during a major storm on 26 May 1974. The wreck has since became an icon and landmark for the local area.

Andrew also showed us how to collect ground water by digging a hole in the sand near a water hole. Willy gamely took a sip and recorded a video.

Most interestingly, he showed us some aboriginal shell Middens – old dumps for domestic wastes which may consist of animal bones, botanical material, shells and other artifacts and ecofacts associated with past human occupation.

He taught us how to respect the land, not to step on the middens as they be burial sites and also to clear up any waste that we bring along, so as not to contaminate nature. These are simple, common sense rules, but it’s sad that not all visitors think this way.

We spotted wild kangaroos on our way back from the beach. One even had a small one inside its pouch.

After parting from Andrew and his crew, we drove to our hotel to have dinner and do our check-ins.

We were hosted at a nice beach resort, Oaks Pacific Blue, but I was too tired to really go explore around. A pity. Nonetheless, I had a good night sleep, recuperating from the jet-lag the next day, ready for a full day of fun and adventures in New South Wales. 🙂 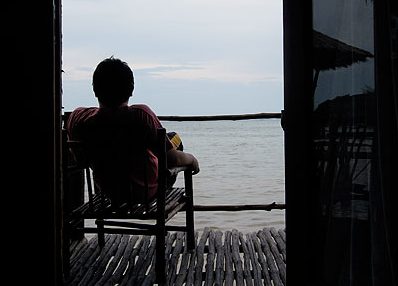 Alvinology goes to Bintan – Day 1 of 3

Rachel and I took a weekend getaway at Bintan last week. Burned out with our work and wedding…
byalvinology 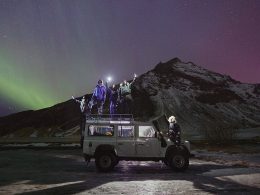 Win a “10-Night Staycation Package” at Kimpton Hotels by simply sharing your Most Cherished Travel Story on IG!