Conceived and largely built by Danish architect Jørn Utzon, the Sydney Opera House was opened in 1973 after a long gestation starting with his competition-winning design in 1957. Utzon received the Pritzker Prize, architecture’s highest honour, in 2003. Today, it stands as a magnificent multi-venue performance arts centre, often seen as the icon of Sydney.

The Sydney Opera House was made a UNESCO World Heritage Site on 28 June 2007. It is one of the 20th century’s most distinctive buildings and one of the most famous performing arts centres in the world.

When we arrived at Sydney Opera House, we were greeted by Anna McDougall, the bubbly and friendly digital marketing person from Opera Australia.

Together, the three of us were watching Opera Australia’s rendition of The Merry Widow, an operetta by the Austro–Hungarian composer Franz Lehár:

Here’s a sample video of the opera piece,“Cherchez la Femme”, performed by the Opera Australia cast:

The diplomats are desperate, the financiers are flapping and the markets are melting down. Only one thing can save the Kingdom of Pontevedro from imminent bankruptcy. Someone must marry the glamorous and very wealthy widow, Hanna Glawari!  The Merry Widow waltzes into town in a flurry of ball gowns and fans, top hats and tails. Giles Havergal directs this an eye-catching new production that combines nineteenth-century glamour with twenty-first century artistry.  At the heart of The Merry Widow is a love story. Hanna is the wise and beautiful widow; Danilo is the lofty idealist. Watch them spar, squabble and flirt even as the music reveals their perfect harmony. Will this obstinately unromantic couple ever get together?

Performed in English with English surtitles.

Opera newbies, Eunice and I were glad to have Anna around as she introduced us to the storyline, cast and various show trivia.

Anna also showed us around the Sydney Opera House during the intermission and shared with us more about Opera Australia, Australia’s largest and busiest performing arts organisation, with over 600 opera performances a year. It’s repertoire ranges from baroque to bel canto to high romantic opera to operetta and musicals to new commissions.

At the end of the performance, Anna kindly drove us back to our hotel in her car.

The next morning, we woke up early, heading to the Sydney Opera House again, this time for their Open Day tour. Willy joined us too. We get to ride in the Mercedes convertible, sponsored by Hertz Car Rental, which Willy has been hoarding.

Our guide, Duglass informed us that the Open Day tour was very unique compared to the usual Sydney Opera House tours.  Not only was it FREE, it also allows visitors access to usually restricted areas. We were able to walk on the stages which Duglass has never done in previous tours.

I was pretty impressed with the architectural marvel of the Sydney Opera House, having gawked at it both from the outside and from the inside. The tour experience was all the more memorable for Eunice and I, having just watched a performance at one of the concert hall the night before.

This concluded my brush with the Arts at the iconic Sydney Opera House. Stay tuned to my next and final update. 🙂 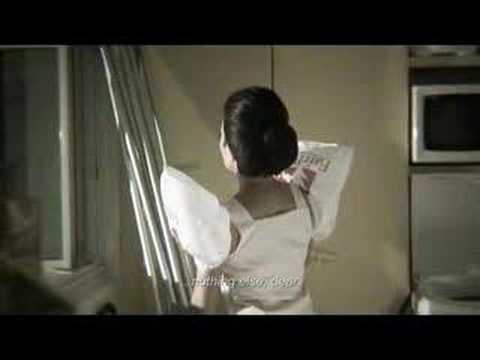 The first ever Travel Blog Exchange (TBEX) was held in Asia from 15 to 17 October, 2015, at…
byalvinology Going on a vacation with kids doesn’t mean you’re just taking them to be cared for somewhere else!…
byStaff Writer