Amos Yee was granted asylum in the United States after fleeing from Singapore, and according to Cook County prosecutors, he has been living in Chicago for about three years.

Amos Yee, who is now 20 years old, allegedly exchanged nude photos and “thousands” of messages with a 14-year-old Texas girl while he was living in Chicago.

Prosecutors obtained messages Yee exchanged between April and July 2019 that included nude photos he requested and received from the girl and nude photos of himself that he sent to the minor, Chicago Sun-Times reported.

Amos Yee generated controversy in the U.S. when he began posting to his now-removed YouTube channel advocating for pedophiles, and prosecutors said Yee also ran a pro-pedophile forum on a message board.

Amos Yee: “there is nothing immoral about pedophilia”

In a headline-grabbing post to YouTube last year, Yee addressed rumors of an inappropriate relationship with a young girl, in which Yee “argued that even if he did sexually abuse a 14-year-old, it does not change that there is nothing immoral about pedophilia,” Assistant State’s Attorney James Murphy said.

Yee’s online notoriety was the basis of his defense Friday when his assistant public defender described him as an “internet troll” who is “all over the internet saying fantastic things.” Any comments Yee made online should be taken with skepticism, his attorney argued.

When their relationship eventually soured and the girl reached out to a group “interested in exposing pedophiles,” Homeland Security officials were notified, prosecutors said.

Melissa Chen, a Singaporean journalist based in the United States, was part of this effort to expose Amos Yee. According to her FB post on the matter, she was alerted to Amos Yee’s questionable activities by a member of “MAP hunters” (Minor-Attracted People), which is a group against pedophiles.

Melissa Chen was once a strong supporter of Amos Yee whom she saw as a victim of Singapore’s restrictions on free speech. She also helped Amos Yee apply for asylum in the United States. However, she fell out with him and his mother after Amos Yee started airing pro-pedophilia views.

I took the allegations seriously, responded and verified the accusations. After speaking with the young victim, I was broken. I vowed to do all I could to get her justice and remove him from society.

We took the case to the Department of Homeland Security who conducted thorough investigations and now it’s in the hands of the Chicago Police. I’ve been assisting in this manner for a year now, clandestinely.

Amos Yee instructed to shut his mouth in court

During his bond hearing Friday, Yee made several attempts to defend himself, claiming he had information he could provide about his case.

“Do not open your mouth right now, Amos,” the assistant public defender repeatedly warned him. “Just keep your mouth shut.”

If convicted, Yee’s asylum status could be terminated. Yee is expected back in court Nov. 5.

SHIBUYAPARCO first opened in 1973 to contribute to business incubation, urban revitalization, and trends communication. it sought to…
byIrone Kim 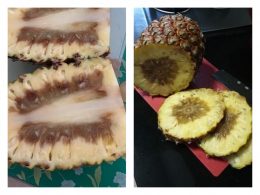 The Great Food Festival returns! Here are some foods you should try

Food connoisseurs, unite! The Great Food Festival is back for its second iteration, taking place at Resorts World…
byStaff Writer
Hello. Add your message here.
See how Snapask has been helping out over 3 million students around the world. Find a perfect plan