Singapore’s most notorious boy rebel, Amos Yee met with United States President Donald Trump today, at the request of Trump, according to an anonymous source from the White House who also leaked the photo of their meeting to us.

Yee was spotted arriving at Trump Tower in New York City, only days after he had been granted political asylum in the United States.

Trump spoke to reporters with Yee by his side, saying the dissident has “good taste” and telling journalists that they have been “mutual admirers for a long time.”

“Amos and I both like that mopey hair look which compliments our expressive faces and stern discourses. We hope to explore how we can share our hairstyling tips to inspire more men around the world to be brave with experimentation.”

“He is a true rebel with his grandmotherly messy long hair. Even if I am his age, I am not confident I will be able to carry off his hairstyle like the way he confidently present himself on the world stage”.

“We believe if men spend more time styling their hair like we do, they will have less time to do stupid things like become terrorists. This is a big step towards achieving world peace!” Added Trump.

The two admirers were said to have talked for over an hour, discussing various topics from the best brand of hair products for upkeep of their respective unique hairstyles to serious conversations about their shared ideologies on race, religion and world peace.

While Yee would not discuss the details of the meeting and ignored questions about whether he had any plans to collaborate with Trump, our source told us that the two fashion icons are in plans to launch a new line of hair saloon and hair care products targeted at men with discerning taste who shared their worldview and ideological beliefs.

“Let me give you a hint. Hair by Trumpay or Hair by Amostrump are both very good brand names, but we cannot compromise on whose name should go in front,” teased Yee after the barrage of questioning from excited journalists.

“I wanted to meet with Trump today to discuss multicultural issues,” he added. “I feel it is important to have a direct line of communication with the most important man in the universe if we truly want to change the world’s perception about what is a stylish hairdo.”

“These issues included cyberbullying, supporting teachers, modernising curriculums, and hairstyling, all issues which are close to my heart”.

“You take care of yourself, I’ll see you soon,” Trump told Yee in the lobby of Trump Tower as their meeting concluded, giving him his signature solid handshake before parting way with the wayward teen.

“I still think my hairstyle is better than his,” said Yee to the journalists present after Trump left the building.

Note: This post is obviously an April Fools’ Day joke. Happy 1st April everyone! And may Donald Trump and Amos Yee continue to wow the world with their super duper hairdos! 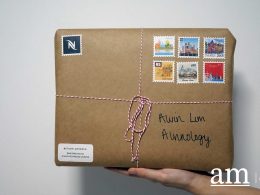 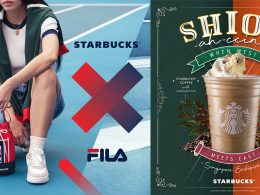 Enjoy the exquisite blend of Western and Eastern flavours and upgrade your wardrobe with Starbucks x FILA lifestyle accessories this National Day! New ways on how to get in Sentosa for free starting October 1, 2018

To deepen Sentosa’s engagement with the local community, Sentosa Development Corporation (SDC) will be waiving or lowering island…
byDanielle Ann