His previous X-Men movie, X-Men: Days of Future Past was critically acclaimed globally and was a smash hit at the box office. In my opinion, he delivered again for X-Men: Apocalypse. While X-Men: Apocalypse received mixed reviews from critics, overall, I think Singer did a pretty good job directing the ninth movie (counting Deadpool) in a tired X-men movie franchise series, stringing everything together.

This is really impressive because the storyline for Apocalypse is much more complicated, with a super villain who is just way too powerful to spin a logical story around it that is more grounded in reality.

Since the dawn of civilization, he was worshipped as a god. Apocalypse, the first and most powerful mutant from Marvel’s X-Men universe, amassed the powers of many other mutants, becoming immortal and invincible. Upon awakening after thousands of years, he is disillusioned with the world as he finds it and recruits a team of powerful mutants, including a disheartened Magneto (Michael Fassbender), to cleanse mankind and create a new world order, over which he will reign. As the fate of the Earth hangs in the balance, Raven (Jennifer Lawrence) with the help of Professor X (James McAvoy) must lead a team of young X-Men to stop their greatest nemesis and save mankind from complete destruction.

Expect lots of actions in this movie. Lots and lots, so much so there isn’t much breathing room to digest the storyline which may appear a little disjointed at times.

If you are hardcore X-Men fan, you will be happy that the movie gives screen time to a large number of mutants, both good and bad ones. If you base the value of your movie ticket on how many characters get packed into a X-Men movie, this is about as good as it gets. Not to mention that Wolverine (Hugh Jackman) had a few intense scenes too. If you are not a fan and is watching a X-Men movie for the first time, you may get a little confused with the onslaught of characters and back references. Nonetheless, the non-stop actions will keep you pumped up still from start till end.

If you are somewhere down the middle like me; someone who had seen a few X-Men movies, but not all, X-Men: Apocalypse will be a fun movie to watch.

On a side note, earlier in May at Discovery Walk, near [email protected], there was a pair of Archangel Wings on display as part of the movie promotion. I went there to get a shot myself:

From 10-29 May 2016, at Discovery Walk, L1, snap your most heroic pictures with the Archangel Wings on display. Post and hashtag #313XMA on Instagram, the best photo will win a limited edition XMA lugguage case! Just nice for your June Holiday. 3 runner-ups will walk away with $50 313 vouchers each. I took a picture with my wings and the X-Men Cosplayers yesterday. Go snap yours too @313somerset

Met a whole bunch of X-Men cosplayers too: 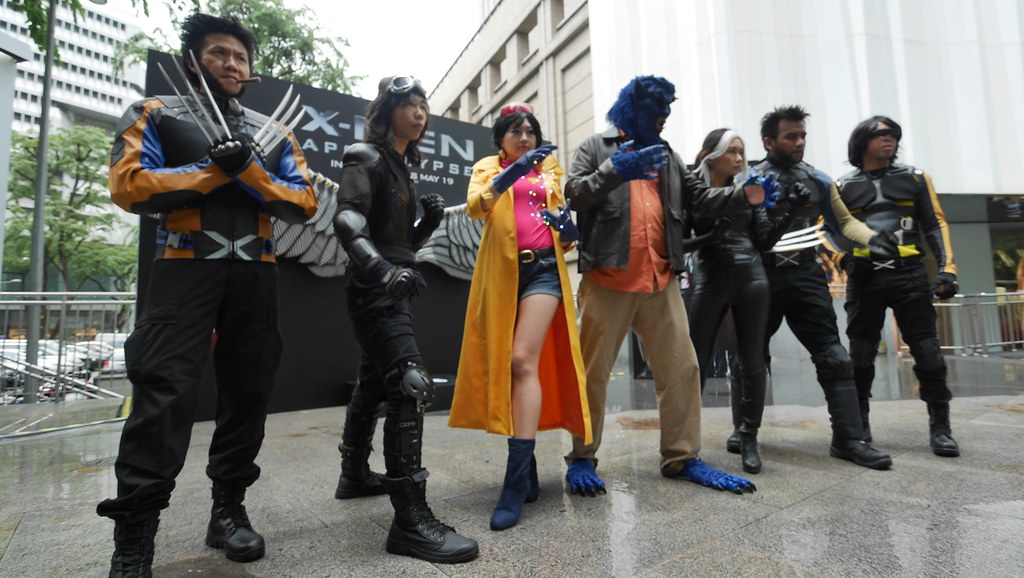 Lee Cheng Yan, the driver of the Maserati that dragged a police officer 124m and abandoned the man…
byDanielle Ann