In case you missed it, Singapore’s favourite Navy Girl, ME1 Clarie Teo, recently had her Instagram hacked on September 20, and was being extorted by certain individuals online for $300.

In a series of email screenshots, Clarie showed us how the hackers changed the email account and password of her social media access on the photo-sharing platform, where she mainly posted updates of her life and is a social media influencer.

Read Clarie’s story about how Russian hackers and her warnings to everyone.

First, Instagram sent an official email telling her she changed her email address. Then, the emails from two addresses started arriving, notifying her of the hack and asking her to pay a certain amount. The emails said that they would delete her account three hours from sending the email. The message advised her to reply to the email as soon as possible and to include her username, which could imply that this is something they do in a widespread manner. Then something more intelligible was sent. Clarie apparently did not ask for more details, and succeeding emails came in. They wanted her to pay $300 in USD so that they would give back the account to her. 15 minutes later, they said that they are only willing to wait one more hour, and after that they will delete the contents of her account and her preferences. They will then sell the account. Instagram accounts with a high follower account are apparently a premium online, with people buying such accounts.

Take note that they did not wait for the three hours they had initially given her. And less than an hour from their last email, they notified her that they would be deleting her account. So much for three hours and the extra hour.

According to her, she had enabled 2-factor authentication for her account, but the hackers had managed to get into her account by using old data from websites she had not used in a while, namely Neopets and Tumblr.

She said that she had not logged into these websites for years, but that was how they acquired the information to answer sensitive questions and change her account settings.

What did she do about the hack?

She said that she had contacted the police and Instagram about the matter and that certain steps have been undertaken regarding her account. Whether these steps are to recover it, to be able to point out how exactly did this, and whether there will be justice remains to be seen.

According to Clarie, she has not been contacted further with any threats from the side of the hackers and she has since set up a new account as she waits on some sort of resolution or makes a decision on how to move forward from this.

The emails are notorious for the same scheme

Searching for the emails mentioned in Clarie’s screenshots online yield similar emails that have also compromised other accounts.

The email provider, Tutanota, has blocked the email account.

Thanks for the notice, the account has been blocked.

Read about the other girl who is giving Clarie Teo a run for her money as one of the prettiest girls in Singaporean military service! 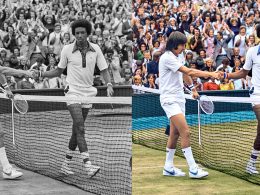 OPPO recolourises these iconic black and white tennis images to celebrate the return of Wimbledon – see them here!

Wimbledon’s official smartphone partner, OPPO, celebrate the return of tennis through the launch of a new campaign, Courting…
byIrone Kim Previously known as Baker’s Inn, Bakerzin started out in 1998 as a modest patisserie located off Sembawang Road…
byalvinology 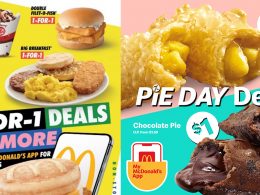 Start your day right with McDonald’s “1-for-1” Breakfast Deals and $1 Promos this March on My McDonald’s App!

This month of March, McDonald’s reintroduces the all-day breakfast delight McGriddles and the newly added breakfast menu the…
byIrone Kim 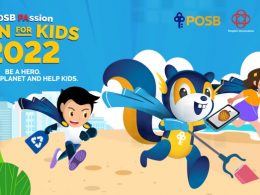 POSB PAssion Run for Kids returns in hybrid edition – Virtual runners can stand a chance to win prizes worth up to SGD 8,000!

Not all heroes wear capes. You can, too, support children in Singapore by participating in the POSB PAssion…
byIrone Kim