Who is Kurt Tay? Internet troll fired from work? Did he really get breast implants years ago?

Kurt Tay is a name that comes up for various reasons on the internet and social media. Just searching for his name brings up more than one weird fact about him. Are these incidents of breast implantation, weird YouTube videos, trolling, anime conventions, and social media rants all pertaining to one man? Or are these all different people who go by the name of Kurt Tay?

Take a look at what scandals Kurt Tay is allegedly involved in, in no particular order:

Kurt was 27 years old at the time he wanted to get breast implants to boost his confidence. He was also a security guard three years ago when he got them, but three years later in 2016, he became desperate to remove them. He said in a report that he worked two jobs to be able to afford the $7,000 surgery to have them removed.

He had initially undergone the surgery because of a string of failed dates with women and needed the implants to feel better about himself. He also emphasized that he was not in transition or a transsexual.

In the same reports, he said that after getting the implants, he felt depressed and unusual. Back in 2013, he had said: “Whenever I saw women on the train, I’d feel very miserable that I didn’t have breasts like them.

While he had the breasts, he said that he lost a lot of money at a casino and that he ran an online escort business.

Read about the SG Instababes and how they could have duped minors into being escorts and partying with adults.

Wants to be a WWE Star

While his Facebook page may seem a little disjointed and erratic, the photos do confirm that the Kurt who had the breast implants put in and removed is the same Kurt who wants to be a wrestling star. His Facebook profile photos show him wearing various wrestling belts. When asked about these belts and which fights h had participated in, he siad that he would tell the public in July 2019.

Allegedly used Bank of Singapore premises for a pornography video

According to some of his Facebook posts, a netizen had sent an email to his place of work asking that he be removed from his position. In it, they mentioned some alleged homosexual pornography videos he was involved in, which were supposedly shot in a Bank of Singapore branch.

The letter also mentioned that he was often involved in online altercations with family and friends. The sender of the letter also said that different people allegedly approached to complain about Kurt, who has been seen sleeping on the job as well as watching inappropriate videos on company premises during office hours.

Kurt has condemned the email and has said that he is a father and has a child to feed. From his Facebook posts, it seems that he may have lost his job, but it is unclear if he lost it due to the letter or over another matter all together. According to this year’s Global Liveability Index, the world’s most liveable city is Vienna in Austria, and the…
byRachel Chan 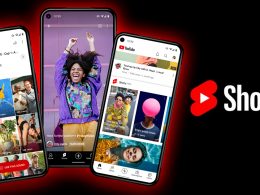 YouTube announces the arrival of the beta version of YouTube Shorts in Singapore, the company’s new short-form video…
byIrone Kim

Texas Chicken is launching their very own REAL Salted Egg Fried Chicken for a limited period from 11…
byIrone Kim
We are now on Telegram with daily deals and giveaways! Click and join our channel. It's FREE!
See how Snapask has been helping out over 3 million students around the world. Find a perfect plan