Has the internet witch hunt gotten it wrong? In the photo above, netizens posted a joke listing with details about the alleged customer of Caltex Tampines embroiled in controversy.

The past few days have seen the saga of a man paying for gas in Caltex Tampines unfold. According to the first Facebook post, this man refused to pay $135 at the counter for the amount of gas that was put into his car by an elderly attendant. The person who posted the account of events said that the man argued he only asked for $10 of fuel but his car was filled with gas.

What the customer has told news outlets

While netizens prowled the internet (and Tampines) for the car and the man (whose initial photographs showed only the back of his head), some commenters and Facebook users began to look for profiles and any clue to his identity.

At some point, several netizens had come into parking lots to look for the particular BMW Series 5, and had even tagged some photos to show to other netizens.

While netizens continued to make speculation and even posted some LinkedIn accounts and photos of who they suspected as the man, he had his own side of the story to say.

In a report by Channel News Asia, the customer was interviewed and said that he requested only $10 of gas because he was going to sell the car at the time he was there. The customer has also filed a police report on the incident, pertaining to how the internet has been searching for his identity.

What he told a Chinese newspaper

In another report from a Chinese newspaper, he was quoted to say in Chinese, “That day I had an appointment with a car dealership in Woodlands and was headed to the shop to swap my old car for a new one. However the journey from Tampines to Jurong is long and I was afraid that the petrol level would not be enough hence I dropped by a petrol kiosk to top up a slight amount of fuel.”

When asked what he wanted for his car, his full reply was allegedly, “95 grade petrol, $10.”

When he realized the staff’s mistake while making payment, the customer requested that the excess fuel be removed as he only wanted to purchase 410 worth. The cashier summoned the kiosk staff who insisted that the customer had asked for a full tank and did not admit his mistake.

The kiosk staff also raised his voice and in the end told the cashier “Okay, let him pay ten dollars, the rest I’ll cover” and walked off. The cashier apologized to the customer afterwards. He lost his temper, but wanted to pay

The customer admitted that he had lost his temper but also explained that he did not have the intention of forcing the staff to pay for the excess fuel on his behalf. He had raised his voice when the staff member took on a hostile attitude and refused to admit his mistake, which was something he was displeased about.

The customer also mentioned that he would contact Caltex and request for a thorough investigation and for appropriate measures to be taken. The customer has stated that netizens who were unclear on the full incident had posted his photograph and reports of the incident online.

Towards this matter, he has reported the breach of privacy to the police. As a salesman, the spread of his photos online has affected his reputation and consequently his sales.

The customer stated that “When I report for work tomorrow, my boss and customers are sure to question me on this matter and I am fully prepared to explain the matter to them.”. Netizens had called him a “habitual offender,”  saying that the pronunciation of “fuel 10” (which refers to getting $10 worth of fuel) could easily have been mistaken for “full tank”.

Colleagues vouch for his trustworthiness and honour

The customer has denied doing so and said that he had explicitly asked for “ten dollars worth of fuel” in Mandarin.

A colleague of the involved kiosk staff at the petrol station defended him and stated that it was unlikely for him to be unprofessional with his service and attitude with his 10+ years of working experience.

This colleague also reasoned that if the kiosk staff had been in the wrong, he would not have offered to pay for the excess fuel on his own accord.

Did the internet get it wrong? Or is this really the end of the story?

Various rumours had surfaced on the internet, with a lot of netizens calling for justice for the fuel attendant and for the man to be called to account on what he had allegedly done. But this report, as published in a Chinese newspaper and told to the media could turn the case the other way around.

Before these reports surfaced, several news sites had already published the hunt for the customer and his car, with various screenshots being posted. Some went so far as to find more details using the plate number, and even the image of the man.

Still, the internet is still abuzz, looking for holes in the man’s story. If there are any.

Read about why this incident shows everything that is wrong and right about the Singaporean netizen lynch mob. 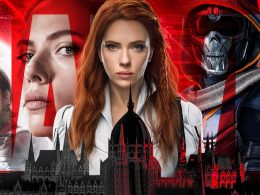 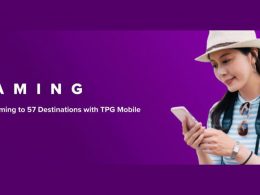 As global travel resumes, TPG moves quickly by adding 50 new destinations to the existing 7 on the…
byIrone Kim