Luxury travel blogger: Don’t travel if you don’t have money

Thanks to cheaper air fare and social media, traveling around the world isn’t as expensive as it was during the 90’s and early 2000’s. If you’re lucky during a seat sale, you may pay less than a dollar for the fare!

But does that mean traveling is cheap?

It certainly could be, if you’re all right with staying in provincial budget hotels or bed spacing, eating cup noodles at convenience stores and possibly even begging your way through Asia. But travel blogger Lynn Yeo, who’s been to some of the most exotic (and expensive) locations in the world and stayed in veritable palaces, begs to differ.

In a post that answers the question “Would you like to be a budget traveler?” Lynn says that doing so is a mistake. She vehemently says that you should not travel without a lot of money on you or the experience will be the same as a boot camp.

Take a look at her answer here: She says that spending $1000 on a plane ticket does not make sense if you are not prepared to spend for accommodations, food and have enough pocket money not to scrimp.

Lynn says that traveling isn’t worth it if you aren’t able to go to local attractions or eat as much as you want. Eating at 7-11 or sometimes skimping on meals doesn’t really let you experience the country. If you stay in a hotel or place that’s far from the attractions you want to see, you’re also wasting time in getting to the places you want to go.

Finally, she says that people should not believe articles that say you should quit your job and travel. $5 a day for a trip is not feasible and is actually a lie.

She says writers who quit their jobs to travel and live as such is a mistake and is ridiculous.

Who is she to talk? Does Lynn have any right making such statements? If you look at her blog, she can certainly say that she is a seasoned traveler.

According to her blog, she’s been to ruins in Europe, the Tiger’s Nest in the Himalayas, Raja Ampat in Indonesia, Istanbul, and Cappadocia, Turkey.

Here she is on the Botswana Salt Flats.

Not your usual travel blogger’s set of locations, is it?

She likes to post about staying in the hotels nearest to the attractions, and the journey to the places. Suffice to say, she certainly likes to go where the locals stay and shies away from the usual travel locations.

But is she right?

When confronted with her opinion, the internet is quite divided. Some say it’s better to not travel at all and stay at home if you don’t have any money, FOMO be damned.

Others, on the other hand, say that staying in nice hotels, eating in restaurants and shopping extravagantly doesn’t really let you experience the essence of a place. Being with locals and staying in more rustic settings are more authentic than spending so much on manufactured experiences like hotels and resorts.

Still, you have people who have to beg their way back home – it does set a precedent for Lynn’s statement.

Here are some Singaporean netizens’ comments on her attitude about travel and money.

Some people agree with her.

Others took issue with the fact that she had a foreigner as a boyfriend, and that she had said in a separate post that she saw no advantage when it comes to Singaporean men.

Some commenters were able to take a deeper look into the matter and say that budget and expense were subjective. Others still agreed because some people cannot travel if they would just be uncomfortable.

Some people said that hotels were not really “all that”. What do you think of Lynn Yeo’s opinion on travel and Singaporean men? Let us know in the comments! 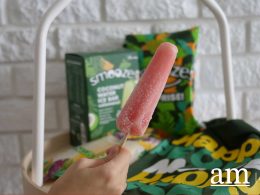 In order not to gain back the pounds I painstakingly shed over the past few years, I have…
byalvinology When it comes to relocating to a foreign country for work, many business travellers face the same conundrum…
byStaff Writer