Are North Korea and Malaysia Leading Us to World War 3?

Just when you thought the dust has settled after the two suspects (with one of them being the infamous LOL girl) in Kim Jong-nam’s murder have been taken to task – the story continues in a twist of events.

We aren’t exaggerating when we say that the possibility of World War 3 is looming ominously ahead. That is, if the feud between North Korea and Malaysia escalates further.

North Korea has banned Malaysian citizens from leaving the country

The North Korean government has ordered a temporary ban on Malaysian citizens leaving the DPRK Malaysians until the incident that had happened in Malaysia is duly resolved. Referring to the assassination of Kim Jong-nam –  the estranged and exiled half-brother of Kim Jong-un, the North was clearly displeased with the way Malaysia handled it.

While North Korea has yet to ascertain the deceased’s identity, she has slung mud at Malaysia for taking matters into their own hands – without permission from DPRK. The Malaysian government has also brought in one North Korean suspect for interrogation, only to release him later due to the dearth of evidence.

As if the diplomatic ties between these two countries are not strained enough already, North Korea accused Malaysia of being in cahoots with its enemies. We won’t know the degree of truth to that, but we surely know things won’t go back to where it used to be, after this blows over.

In retaliation to an ultimatum given by North Korea, Prime Minister Najib censured the former for their blatant disregard of international laws and diplomatic norms. He has responded with a temporary ban on North Korean citizens leaving Malaysia until the safety of Malaysians in North Korea can be vouched for.

Currently, eleven Malaysians are in North Korea with 2 of them being part of the World Food programme and other 9 at the Malaysian Embassy in Pyongyang.

Besides, the recent move by North Korea is believed to have come as a response to Malaysia’s expulsion of the North’s ambassador. The expulsion transpired due to greater friction between the two countries. North Korea has also then ordered Malaysia’s ambassador to leave its territories within forty-eight hours.

No, these aren’t plot twists in a movie – but in reality as it just happened in the world that we live in.

Are compromise and reconciliation on the table?

Nevertheless, the foreign ministry in North Korea maintained that Malaysian diplomats and citizens in the country would be allowed to continue their routine as usual. The authorities are also hopeful that Malaysian government would cooperate in the resolution of the conflict.

Given that, it’s seems likely there is still some leeway for negotiation between the two opponents – and the mending of diplomatic ties.

The whole world is monitoring the delicate situation

When you have a nuclear-ambitious state that is not to be trifled with and embroiled in this saga, you bet economic powerhouses such as China and US are going to pay attention. Needless to say, North Korea’s neighbours  – Japan and South Korea – are also watching the situation very closely.

As of now, we can only hope for the best as we monitor their every move. 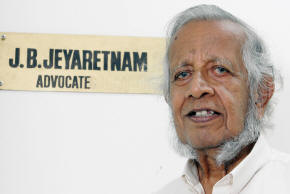 JBJ is Back in Action!

[PROMO] One Farrer Hotel offers 60% off the best available rate for the Orchid Villa!

In enhancing its staycation offerings, One Farrer Hotel presents the Heavenly Opulence package which immerses guests in sky…
byIrone Kim 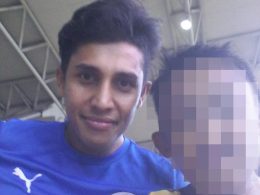 According to a report by The Star, Mohammad Imran Sahib, a former national football player for Singapore has…
byDanielle Ann
Hello. Add your message here.
See how Snapask has been helping out over 3 million students around the world. Find a perfect plan