On November 28, a viral video from a dash cam showed an alleged altercation between a Caucasian man and the driver of a vehicle.

In the video below, you can hear a distinct knock on the car involved in the altercation, and that a man has come up and a discussion begins between the driver and the foreigner confirmed to be riding a personal mobility device or PMD. Take a look.

What happened in this road incident?

As seen on the video, there was a knock on the car, and it allegedly came from a foreigner riding a PMD alongside the vehicle.

Such devices have been banned from roads for months, but have recently been prohibited from footpaths as well, which meant that the foreigner was illegally using the PMD on the street.

You’ll be able to hear some muffled audio in the background of the video, but towards the last third portion, the view shifts to an intersection where traffic has stopped. There, the PMD rider as come up against the driver’s side of the car, and the door has been opened.

Goh Seng Meng vs Lam Pin Min round 1: Read about it here.

While the audio is a bit clearer, it is still not clear enough to get a confirmed dialogue. You can, however, see that at some point, the door was moved quickly, and the the foreigner on the PMD was surprised by the movement.

Afterwards, you could see the man suddenly reach into the driver’s seat, but the results of the action is obscured in the video.

An account of the driver has been posted online. In it, the driver alleges that the PMD rider said, ​”I am sick of Singaporean Drivers who behave like bullshit.”

According to the driver’s account, the foreigner had also reached into his vehicle and had allegedly held his neck.

PMD ban in effect, yet foreigner is on the road

PMDs have been banned on roads for a few months, with the latest ban on footpaths being enacted on November 5. Such devices are only allowed on shared paths, which allow bikes and pedestrians to use.

The ban has been met with approval from PMD non-users and normal pedestrians, but food couriers and other groups who have their livelihood affected have been steadily trying to engage the government in discussions to get the ban lifted.

What happened when PMD riders wanted to to speak to politicians about the ban?

Since the ban was so abruptly put in place, no one will be penalized under the provisions of the law and will only receive warnings. However, starting January 1, 2020, violators of the law will have to pay a fine of up to $2000, and spend up to three months in jail.

On the first day of the ban, more than 100 riders received warnings, and several groups of PMD drivers had since sought dialogue with ministers about the ban. There has been no change in legislation on PMDs so far.

Read about how badly the PMD ban has affected Grabfood and other couriers.

How about a Peranakan-style Lunar New Year reunion dinner this year? Available at INDOCAFE – the white house

For fans of Peranakan cuisine, INDOCAFE – the white house, is one of the local restaurants in Singapore…
byalvinology 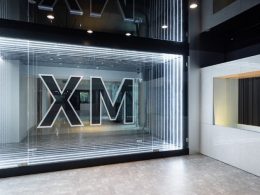 Every kids’ favourite journalist mouse, Geronimo Stilton will be performing in Singapore LIVE on 9 to 11 November,…
byalvinology