Seven men were charged with raping each other’s wives in a round-robin of non-consensual wife-swapping. After their latest court session, six out of seven of the accused were given bail amounts ranging from $100,000 to $200,000.

What were these husbands accused of doing to their wives?

According to reports, the men colluded with each other to rape four women who were married to some of the suspects. In this horrid wife-swapping round robin, four of the men allowed other men and each other rape their wives in varying schemes and configurations from 2011 to 2018.

The men’s ages were 34, 38, 43, 45 and 51 with two 41-year-old thrown into this ghastly mix. Four of their wives were involved and some women who were not married to suspects.

Reports from The Straits Times said that the youngest rapist colluded with the 43-year-old to rape a 29-year-old woman who was not one of the wives involved in the case.

The 38-year-old rapist-husband was also guilty of arranging similar rapes twice with two other men from the group on separate occasions. These men allowed the 38-year-old to rape their wives in 2013 and 2014.

The same man who raped the two wives was also found guilty of raping other women in 2012 and 2018. He had a total of seven rape-related charges against him. Some of his charges included conspiracy to commit rape as he arranged rapes with the other men on several occasions.

One 41-year-old rapist from the group was guilty of four rape charges. One of these was a conspiracy with the 38-year-old to rape another woman aged 35. He also raped other women on other occasions. He had a total of four charges.

The same 38-year-old man allowed his wife to be raped the most by the other defendants on multiple occasions–always in their own home.

The 43-year-old man conspired with another defendant to rape several women.

Two women who were not identified as wives of the rapists were raped by the 51-year-old. He was enabled by the 38-year-old man.

The names of the women as well as the men were concealed to protect the identities of the victims. The four wives involved in the case knew each other.

According to online reports, the men were all Singaporean who worked in different industries. Six of them were granted bail while the other was not because the latter’s lawyer was not present.

Along with the bail, several provisions were handed out. The rapists were expected to:

Some were not allowed to contact or seek out their wives, while one of them wasn’t prohibited since his wife wasn’t one of the victims.

Their next court date was slated for July 28. For over four decades, the Singapore Cable Car has been creating fond memories with millions of local and international…
byalvinology

Starting 29 August, delight in the joyful flavours of Ebi, which makes a comeback with a flavourful roasted…
byIrone Kim 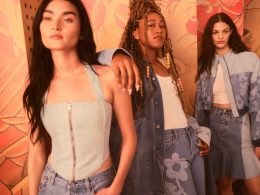 Naomi Osaka is known as one of the fiercest competitors in all of professional tennis, but, off the…
byIrone Kim