While you really can’t expect your Singapore mall experience to be pleasant, the least thing you would expect is a pane of glass falling down on you. Sadly, for this woman, this is exactly what happened recently in Alexandra Central Mall, where a glass door had fallen on her.

According to reports, a woman was allegedly waiting for a lift at 6:30 PM on February 26 in the particular mall. She had previously opened a set of glass doors and was waiting for the elevator to arrive. While she was waiting, the glass door behind her fell, hitting her as it did. She was forced down to the floor.

Mall security had seen the incident on their security cameras and according to mall officials, had provided swift assistance to the woman. She is currently in the National University of Singapore (NUS) Hospital, where details of her condition has not been released to the public.

Watch a video of the incident below:

In a statement to the media, mall officials said that they had inspected the site, and had made the necessary repairs with authorities clued in to the events. They have also included several contractors in the efforts to repair the damage and to ensure that such an incident doesn’t happen again.

Reports have said that the mall authorities have decided to take “firm action” against the people who leaked the video of the woman getting injured by the glass door.

The initial viral post has so far been shared 200,000 times. The mall authorities have been trying to narrow down the persons involved in leaking the security footage.

The same report also said that security guards have been stationed at the site of the event, and these guards have prohibited the public from taking photos and videos. Mall tenants have also reported a drop in business during lunch hours after the incident went viral, but hope that the foot traffic to the mall picks up again.

Netizens react to the legal action planned against leakers

Some reacted to the fact that the mall management did not want people to take photos or videos of the area, especially while it was being repaired. They also said that it was better that the video was leaked, since hiding it would have only resulted in bad publicity for the mall.

Others pointed out that it was highly probably that the security staff were the ones who leaked the video, and that the mall was looking to get back at them.

Some people enjoy these sort of things, where establishments are called to account for unfortunate incidents under the scrutiny of the public because of leaked videos and photos.

Some people could not understand why the mall management wanted to suppress the video, the woman, and the leakers.

Another cocmmenter pointed out that the mall management may have wanted to keep a lid on this incident. 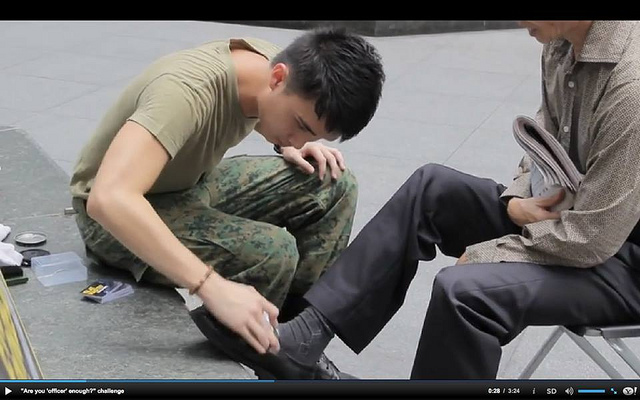 While we certainly could have simply reduced the eating out habit, we often find it is easier to adopt…
byAshleey Leong