A doctor who previously wrote a blog post analyzing actress Fann Wong’s face at the recently-concluded Star Awards 2021 has taken his article down, and published a new post, about his mother.

The doctor, who was known to be a plastic surgeon, featured a post on his aesthetician and plastic surgery blog about the 51-year-old actress, using his professional training to determine possible treatments she could have undergone to achieve the look she had at the event.

The male doctor said that Wong appeared to have overdone her cheek fillers, and that this occurred over the period of a few years.

He said that new fillers injected while the previous injection had not metabolized yet could have contributed to how Wong looked. The doctor even added several photos comparing Wong during the 90s and during the event, highlighting her cheekbones.

He also went on to say that some photos of Wong on other platforms and instances were better. He ended the post with medical advice on fillers, saying that patients should go slowly, and that soft tissue fillers are still a great treatment.

The doctor received online backlash, specifically from a friend of Wong, salon owner and hairstylist David Gan. He posted about the article on his Instagram account, saying that the doctor was ‘insensitive’ since he posted about Wong whom he had never met, and didn’t know personally.

Gan also said that the doctor should assure his clients that they should not worry about judgments about their face since they aren’t under public scrutiny.

Predictably, as shaming people for their appearance has been increasingly unacceptable in public spaces, the doctor took down his post on May 14.

He then posted a story about his mother, and his journey to becoming a plastic surgeon. Hoping to be inspirational, or to perhaps distance himself from his own post, the surgeon posted how he struggled as he began his practice, and used his own mother as a guinea pig for the latest treatments, often to her own detriment.

He described her as his only fan, and how he admired her for raising him. He also used photos of his mother, and described the treatments he did. In a similar vein to his post about Wong, though, he used deceased American celebrity Joan Rivers, and said that her fillers made her look strange since she looked plumper than when she was younger.

Unlike other airports that simply serve as a gateway to your dream destination, Singapore Changi Airport is an…
byGuy

Singapore filmmakers are invited to submit their short films to HUAWEI Film Awards (HFA) and win US$20,000. With…
byIrone Kim 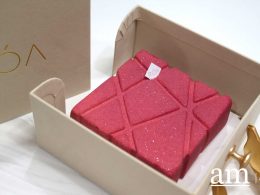 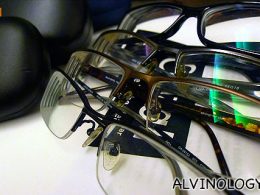 5 Tips on How to Choose Eyeglasses Frames

Today, eyeglasses have grown from being just for correcting vision to become a very important fashion accessory. Even…
byClaudia Lim