After several episodes full of misogynistic comments against women and several posts parading as apologies, all three stars of the Malay podcast OKLETSGO have finally apologized. Raja Razie, Dzar Ismail and Dyn Norahim all posted the same apology text on their personnal Facebook profiles on the early evening of June 15. These three former Mediacorp DJ’s speak on their podcast called OKLETSGO on various hot-button topics.

This was hours after President Halimah Yacob herself specifically asked them to apologize.

How bad was OKLETSGO and their language?

Reports online showed that there was not one single episode of the thrice-weekly podcast that stood out–but the whole series that was misogynist.

Several instances in the show, one of the hosts made comments about their female guests, including mentioning how one trans woman’s breasts were distracting. According to online reports, one of the hosts said “I cannot take my eyes off your cleavage.” to a trans woman activist from Project X on their show, to which the other hosts responded with laughter.

Another one of the hosts mentioned during a podcast that he “loves young girls.” This was when they invited Nancy and Wendy from Afro Sings to weigh in one the racial slurs of a mother and son duo. During the time the sisters introduced their names and ages, one of the hosts made the disgusting comment.

When a Facebook user named Nina Lestari called them out for their misogyny, Raja Razrie, one of the hosts, said that “It seems that those screenshots from Nina Lestari shows how experience (sic) she is. Amazing.” She had asked that if they would invite sexually adventurous women on their show, would these women get slut-shamed?

Non-apologies until the President stepped in

Despite the initial backlash, the trio did not address the accusations directly and simply said that they recognized the need for improvements and that they were processing the feedback.

Not a single sorry or particular instance or action of misogyny was mentioned in the “apology” above. DJ Jade Rasif, outspoken Singaporean model-DJ weighed in on their post.

A photo of the podcast’s alleged Telegram group chat also went viral, showing that Raja Razrie’s assistant was reportedly the writer of the non-apology. DJ Jade Rasif had received many misogynistic comments from the moment she put up her post.

Their Telegram has since been unsearchable.

The apology the President could wring out of them

Finally, hours after Mdm Halimah Yacob issued a statement demanding an unequivocal apology, the three hosts posted the same text on their social media profiles, finally apologizing for their content and their misogyny.

She specifically said that women were not supposed to be treated as punching bags or dirtbags. A few hours after her post went up, the three hosts posted apologies.

Do you think their apology was enough? Or were they only forced to do so after refusing because Mdm President Halimah Yacob was the one who spoke up?

Let us know on the comments!

Lots of surprises await in Singapore this Lunar New Year, and one that you shouldn’t miss is the…
byIrone Kim 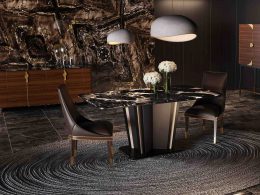