Another day, another controversial opinion from Singaporean vlogger queen Xiaxue.

While you can thank Xiaxue (also known as Wendy Cheng) and her other vlogger friends for exposing some of the worst people on the internet (such as Lai Wee Kiat), some of her opinions always set you back to thinking what lens she’s using aside from “privileged Singaporean influencer.”

Xiaxue is currently one of the most influential vloggers in Singapore, with 602,000 followers on Instagram and over 200,000 of them on YouTube.

What did Xiaxue say this time?

Xiaxue posted the official Instagram photo on her own Instagram stories, presenting her opinion on La’Shaunae Steward. She said, “The morbidly obese (like this woman) should never have been seen as attractive because death and disease isn’t an attractive full stop. Irresponsibility isn’t attractive.

“It’s one thing to be chubby or fat but this is way past that. Most morbidly obese people don’t live past 40.”

Instagram has since taken down Xiaxue’s story, but she doubled down on her opinion after several netizens reported her post.

She also said that, “Don’t gimme the whole ‘you are not beautiful because you ugly on the inside’ bullshit. There is already a word for beautiful on the inside and it’s called ‘kind’. Beautiful refers to the outside unless otherwise specified.”

She followed up with a statement that said she was only pointing to people who were morbidly obese and she did not specifically attack anyone personally. She maintained her opinion that anyone with a BMI or body mass index should not be glorified or called beautiful.

Xiaxue also said that she was not referring to fat or chubby people.

La’Shaunae Steward and her supporters hit back

It’s hard not to take such a statement personally from such an influential social media personality like Wendy, so La’Shaunae called Xiaxue out on her alleged “fatphobia.”

Other netizens have also commented on Wendy’s opinion, saying that the vlogger should just “mind her own business” and focus on “being kind.”

La’Shaunae also posted a message of support to her followers on Valentine’s Day.

Which could be placed in contrast to the message Xiaxue had to her haters and anyone criticizing her on her own Instagram.

Could Xiaxue be trying to get a seat in government? She might just win.

Not the first time Xiaxue was blasted for an unpopular opinion

Aside from “fatphobia,” Xiaxue has had a similar experience with being on blast for opinions on social issues. She had previously called Greta Thunberg and her speech at the United Nations’ Climate Summit “cringe af.”

Here’s what people said about Xiaxue’s opinion on Greta Thunberg.

She also referred to the Swedish teenager as a “starry-eyed idiot” and asked if any speech or teenager could get to change the climate by crying.

What do you think of Xiaxue and her opinion on “morbidly obese” people? Let us know in the comments! 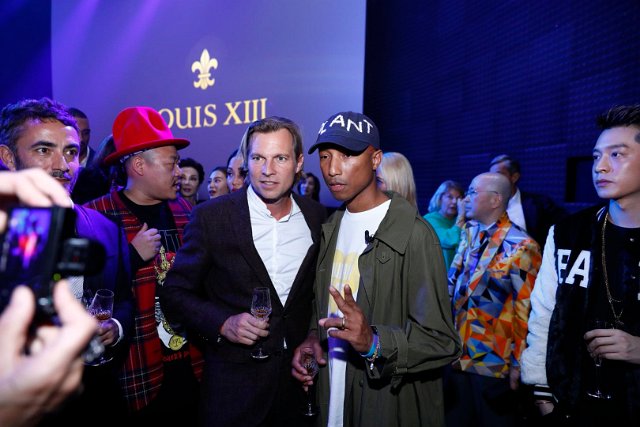 Pharrell Williams has a new song, premiered in collaboration with LOUIS XIII Cognac. However, it is quite improbable…
byalvinology