In one of the most shocking turn of events of an already-tumultuous and chaotic fight, lifelong fitness advocate and expert Pradip Subramanian died from cardiac arrest and respiratory failure after losing to comedian Steven Lim.

But who was Pradip and why did he get slated as Sylvester Sim’s replacement?

Since 2012, Pradip has been working as the Managing Director of his own Superstar Fitness Gym, where he was very popular with clients and employees alike.

According to interviews done with his colleagues, friends and family, Pradip was very warm, personable and supportive of everyone in his life.

Mr Raveen Naidu, who has been friends with the bodybuilder for eight years mentioned in the same report that, “Pradip was a great influence (on) the fitness industry. Most of the people here treasured his respect for the sport, his inclusivity.”

Just last year, Pradip was named the president of the World Bodybuilding and Physique Federation in Singapore. He also received sponsorships from NARLABS Singapore, a sports beverage and supplement company.

He then began to revitalize the sport and competition in bodybuilding in Singapore, inviting everyone in the fitness community to join a new competition. He did not want to add to the negativity in the sport and instead wished to coexist peacefully with all other federations, fitness groups and leagues in Singapore.

He was well-loved and admired in the fitness community not only here but also all over the world. In another interview, Paul Chua, Secretary-General of the WBPF said, “He was a good diplomat and the friendliest person I know. I was actually grooming him to take over my position locally and internationally (in the WBPF),” he added. “He was also very adaptable to all the athletes regardless of race, be it Chinese or Indian or Malay. He encouraged them and helped them, even took out his own money to help them go for overseas competitions.”

All about improving himself

Aside from bodybuilding, Pradip began to train in Muay Thai last year, which was probably why he was selected and wanted to be Steven Lim’s opponent.

Despite video records of the fight and a medical report, investigators have now classified the bodybuilder’s death as “unnatural,” which means that further inquiry will be conducted into the matter, even as Pradip’s body has been cremated.

Some of his friends and colleagues had warned him about the fight and thought that he was unprepared. Some tried to dissuade him but “Big P,” as his close friends liked to call him, said that he was doing it for the sport and was going to be all right.

In the end a lot of people who knew Pradip and even those who just found out about him at the time of his death mourned him greatly.

Steven Lim also posted on his social media accounts that he was mourning, stressed and unable to sleep because of what happened.

What do you think of Pradip and how he died? Who should be responsible for the events of the fight? Let us know in the comments!

We urge you to stop bashing Steven Lim for Pradip’s death. Here’s why. 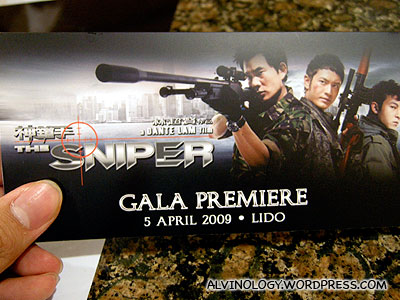 I attended the gala premiere for The Sniper (神鎗手) tonight, together with Leon, Wan Churn and Rachel. My…
byalvinology

Funan, one of Singapore’s best-known and most enduring retail icons, reopens its doors to shoppers today after three…
byIrone Kim