At first, I thought it was a joke or fake news when I read that Singapore comedian, Steven Lim’s opponent in his first ever kickboxing match,World Bodybuilding & Physique Sports Federation president, Pradip Subramanian, 32,  had died an hour after losing his bout.

After all, Pradip was a last minute replacement, slotted in a day before the actual fight to stand in for singer Sylvester Sim, 34, who pulled out of the showcase match with Steven Lim due to concerns over insufficient insurance coverage.

The whole fight seems gimmicky right from the start, with Sylvester and Steven exchanging online banters, culminating into the showcase match as a publicity stunt for the inaugural Asia Fighting Championship on Saturday (Sept 23) night at Marina Bay Sands, featuring various professional fighters fom around the region. Pradip and Steven were the only amateurs, both stepping into the ring for their first ever competitive bout.

The Asia Fighting Championship is organised by Axseed Events and Muse Fitness Singapore which runs a Muay Thai boxing gym. If you are looking to bash someone for the mishap, they are the ones to be blamed, not Steven Lim.

My respect goes to Steven. I have known him for almost ten years and he is tenacious in his pursue for fame, going all out to do anything people ask him to do to get his fans’ adoration. Beyond the comic facet, Steven is always polite, respectful and has a very good work attitude.

It is not easy to be a comedian. Most famous onscreen comedians like Jim Carrey, Stephen Chow and even Singapore’s own Gurmit Singh, are actually very intense and serious personalities offscreen. It is tiring to put on a comic front all the time and Steven Lim, as an online reality comedian, has to be funny 24-7.

Beyond what you see of his “always-on” comedian persona, the 41-year-old, is an ordinary Singaporean like you and me, with heart and soul, blood and feeling.

Can you imagine how awful he must have felt when he learned that his opponent had died an hour after their fight? How would you feel if you were in his shoes?

Instead of celebrating his first win, Steven has to now live with the guilt that his first opponent in the ring had died shortly after a fight with him.

Rightfully and respectfully, Steven had put up a tribute post to the late Pradip on his Facebook page:

Both Pradip and Steven are warriors in their own right.

Pradip for stepping in replace Sylvester last minute so as not to disappoint fans who have bought tickets to watch Steven Lim fight and Steven who readily accepted the last minute change of opponent to someone who is taller, bigger and 9 years younger than him. That’s really brave of both of them if were to ask me.

Steven himself could have been the one killed if you watch the full match. Pradip was leading in round one, with Steven taking several blows to his head. If Steven was the one who died, how different would the news headline be?

The details on why Sylvester Sim pulled out of the fight is not made fully known to the public, except that his talent management company had expressed concerns over “insufficient insurance coverage”.

It is not known if Steven and Pradip are covered by insurance for the fight and whether they were properly trained and had their health properly assessed before the fight.

Although both Steven and Pradip are consenting adults who probably signed indemnity contracts, questions need to be asked of the organisers whether due diligence was done before the fight to prevent a mishap like what happened last night.

This will cast a stain in the emerging sports of mixed martial arts, but it is also a lesson to all not to take fights like these lightly. Professional fighters take years to hone their skills and train for each fight, stepping into the ring knowing the risks involved.

A showcase match like the one between Steven and Pradip is a different story. Both of them do not deserve this.

Elvinology is a blog managed by the fan club of Singapore celebrity, Elvin Ng (黄俊雄). Alvinology is a…
byalvinology 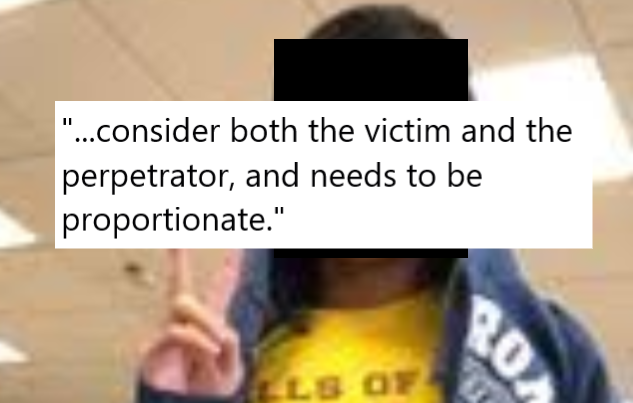 In a statement issued by the National University of Singapore, the school authorities have asked the student body…
byDanielle Ann
Power up your child's learning with Geniebook.
Sign up for free demo
This is default text for notification bar
Learn more