What happened in the June Oh sex tape leak?

June Oh finally addressed the video leak that happened three years ago, when her personal video engaging in intimacies with her boyfriend was leaked.

She said that she and her boyfriend were quite young, innocent, and naive. Being eighteen at the time, she and her beau took a video of themselves during a very personal act, and then deleted the copies afterwards.

The footage was still leaked, however, and she was inundated with tons of messages, comments, and even propositions from strangers.

She even heard some people talking loudly about her when she left the house despite wearing sunglasses and a mask to cover her features. She said that this was the breaking point for her, and she ran home and did nothing but cry.

Thanks to the law, leaking sex tapes is now illegal.

She also expressed gratitude for Jianhao Tan and her colleagues at Titan Media, where she made appearances for some of the top Singaporean vlogger videos. She would allegedly get nervous and have anxiety during filming, but the crew and Jianhao were very understanding with her problems.

June also described what happened to her career after her sex tape was leaked online, and it made a very dark time for her life much worse.

She said that the brands she was working with and all the things that were on the horizon for her work-wise had dried up. A lot of brands and other personalities distanced themselves from her.

Who is Joal Ong? Read about him here.

According to the video, the most apparent affect of the video leak on her life was her weight gain. She said that she used to be very slim, but after her ordeal with the leaked tape, she had become very stressed.

This stress was what lead her to gain 10 kilograms–which meant stress eating. She was allegedly snacking every 15-30 minutes.

June Oh’s boyfriend DID NOT leak the sex tape

As if to answer what everyone was thinking even when the video was leaked, she also addressed the accusations leveled against her boyfriend.

While she said that she still hasn’t figured outwho leaked their sex video, she spoke for her boyfriend, saying that he was not responsible for the video going public.

She also said that he had been her anchor throughout the whole ordeal, and that they have stayed together for the past few years.

June has also said that she made the video to reach out to girls who had similar experiences, to express that she was with them and that they were not alone.

June Oh was crowned Miss Singapore in 2017, but had relinquished the crown following the scandal. 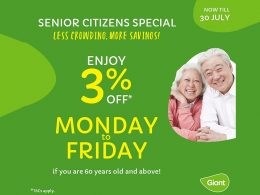