Police are currently investigating the presence of a cooked foetus in a pot in an Outram HDB after neighbors of the flat involved in the incident noticed a pungent and strange odor emanating from the latter.

In a report by Liane Zaobao, the police were called to investigate the strange smell that the neighbors reported, and were able to find a half-cooked corpse of a foetus in a pot on a stove.

The police were notified of the incident as reported by the media, saying, “On September 10, at about 8:30pm, the police were alerted to a case of unnatural death at Blk 52 Chin Swee Road. Police investigations are ongoing.”

Who lives in the flat with the cooked foetus?

According to neighbors, the flat where the foetus was found was occupied by two brothers. The brothers allegedly moved into the unit four months ago. After initial investigations where the police visited the home several times, the previous tenants were sought for help in resolving the case. The same report said that the previous tenant of the flat were a married couple with several young children.

Who are the current tenants in the HDB?

Must Share News reported that the older brother is serving a prison sentence while the younger brother is tying in the flat alone. The latter is only 20 years old, with another Chinese newspaper, namely Shin Min Daily, saying that he suffers from some learning difficulties.

Some residents in the building have also noticed that a young woman would also visit the flat of the brothers and has a close relationship with them.

Details on how the foetus ended up being cooked in a pot are unclear, as the police are still investigating.

Lingering questions on how old the foetus was and where it came from are also still unanswered.

What happened during the police investigation?

Neighbors of the brothers told members of the media that the police asked a lot of questions, leaving around 1:00 in the morning, which was several hours after the incident was reported.

The report said that a housewife noted a metal pot being taken when the investigators left. There was a bag inside the pot, but it was not clear what the bag contained.

While Liane Wanbao said that the corpse found inside the pot was a foetus, Shin Min Daily News said that the alleged corpse was charred.

What happened to the couple accused of throwing a baby in a rubbish bin in Taiwan?

Three days before the police were called to investigate the pungent smell, neighbors alleged that volunteers had turned up to give supplies to the person living in the flat.

When questioned, the neighbors were able to say that the two brothers allegedly had a sister who was going through a program at a drug rehabilitation center.

The 20-year-old man living in the flat also kept to himself, and allegedly did not interact with the neighbors. He was allegedly seen playing loud music or using the television at a high volume. He rarely ventured out of his home at all.

As Ramadan approaches, break fast with your loved ones at the halal-certified Katong Kitchen, Straits Café, and Saltwater.…
byIrone Kim 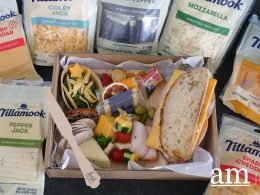 Looking for a wild Valentines Day experience? How about sleeping with Manatees at River Safari