Mere weeks after being released from her 18-month prison sentence, DJ Tenashar is making headlines for drug-related offenses–among other things.

According to a report from The Straits Times, 33-year-old local celebrity DJ Tenashar (whose real name is Debbie Valerie Tenashar Long) has been arrested twice in the span of one week on drug charges. She also claimed that she was kidnapped, robbed, and beaten, but had eventually told the media that she was only trolling them.

The first offense happened in Johor, said a report from Stomp, and the second arrest happened in Singapore where drug and trespass charges were levied against her.

According to the report, a hotel attendant who did not wish to be identified said that she was found sleeping on a hotel lobby couch in Berjaya Waterfront Hotel in Johor Bahru on July 5 at 3:30 in the morning. She was not a guest at the hotel.

Here’s another hot model-DJ who isn’t getting into the kind of trouble DJ Tenashar is–so she’s way hotter.

Upon being woken by the staff (who alleged that she looked high on drugs), she asked to be taken to a police station where she could make a report. There, she said that she was kidnapped, robbed, and beaten the day before in Johor.

The report said, “She said that she was robbed of her wallet, purse, documents, phone, credit cards, NRIC and passport and threatened with a knife. She alleged she was punched in the stomach and suffered injuries to her foot and upper thigh. She had no recollection of how she was kidnapped and said she was thrown into a sewage ditch where there were “rats and snakes”.

Drug tests conducted in Malaysia also showed that she had illegal substances in her system.

DJ Jade Rasif shows her friends her breastmilk and talks about her emergency room trip.

On July 7, a woman was said to be trespassing along Edgeware Road. This woman was also arrested in relation to drugs.

On July 11, DJ Tenashar posted this photo, saying that she had trolled the media with fake news.

In the comments, she said that, “Haha nope, I just fed some random stuff to the press/media 😛 #fakenews FTW.”

Who is DJ Tenashar? Read about her here.

In another report,it was mentioned that she was allegedly begging for money from friends after she was locked out of her home. She said that the keys to the padlocks in her home weren’t with her since her family had not given her access yet. She has been out of jail for weeks. She also said that she only had keys to her mail.

She claimed that she had moved to a house along Edgeware Road, and that she had taken toilet paper from a nearby property, Claiming that she only had $4 and a bottle of water on her, she asked for help from her Facebook contacts for only one more time.

If you think the SMRT is bad, wait until you see the Philippines’ MRT 3 problems

Thanks to the flooding that happened last October, where Bishan station was submerged in waist-deep dirty water, Singaporeans…
byStaff Writer 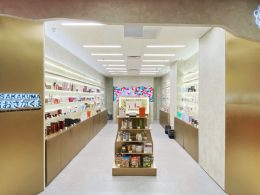 Japanese curated beauty and lifestyle retailer, OsakaKuma, opens not one but two new outlets this July. Located at…
byIrone Kim 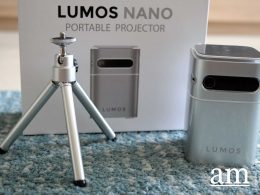 Via Yahoo! Singapore News (31 Oct 2013): A hacker group claiming to be the notorious Anonymous collective has…
byalvinology