Naomi Neo and her husband welcome their baby at Thomson Medical today, June 25, 2018.

The first indication that something was going down was when top lifestyle blogger Naomi Neo posted an Instagram video of her lying in a hospital bed with a pink gown.

She seemed clam and was even candid about a food craving, making funny faces during the video. This was almost 24 hours ago and posted from Thomson Medical

But a few hours later, she posted this precious photo of her with her husband, and their new baby girl, K!

Visibly moved, both Mommy Naomi and Daddy H are in the shot with newly-born Baby K, and it looks from the curtain across her tummy that she had a C-section.

Naomi Neo has been savvy with releasing information to her fans and followers.

So far, she has only released the initial of her husband’s name, asking for privacy in this matter as her husband is not one to like the limelight.

As for her baby, she has revelaed that the gender is a boy and the initial K. Watch her gender reveal video here:

Read about Naomi’s wedding video and details about her husband here.

Naomi’s journey of love with her husband

According to Naomi’s own videos, she and her husband met only last year and had found out she was pregnant in October 2017. They tied the knot earlier this year.

They’ve appeared in numerous travel photos that Naomi had posted online. She also posted that H proposed to her last year on their trip to Korea, where he presented her with an engagement ring in public, completely surprising her.

Congratulations on your new bundle of joy, Naomi and H! 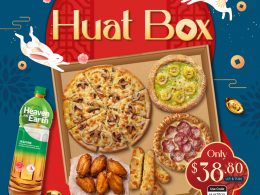 Symbolising abundance with a selection of sweet and savory favorites, the Domino’s Pizza Singapore’s Huat Box will be…
byIrone Kim 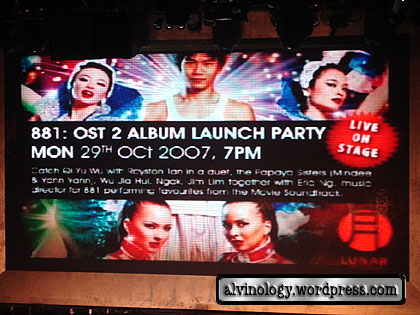 The album that even SM Goh enjoys These photographs should have been up long ago. I went to…
byalvinology

Jameson Blake can now count himself in the club of people who got free publicity, thanks to awful…
byDanielle Ann
Power up your child's learning with Geniebook.
Sign up for free demo
This is default text for notification bar
Learn more