Naomi Neo is pregnant and here are all the details

While the internet is still getting over Naomi Neo’s gorgeous, intimate, wedding, the blogger drops another life event bomb on us–Naomi Neo is pregnant!

How did she announce her pregnancy?

In an Instagram post shared on March 21, Naomi posted a selfie of her in front of a mirror, which caught a clear shot of her developing baby bump!

Clad in a tasteful black bra and underwear set and with her hair in a braided style, she posted the photo without a caption on her Instagram account.

Her tummy looks like she may be in her second trimester when the photo was taken.

She was only married this year

In her latest blog video, she revealed to people that she was getting married to her boyfriend, who is still unnamed but has the initial of “H,” she said how she only got married near to their one year anniversary date.

With this revelation, she may have gotten pregnant during her first year with her then-boyfriend. It could also explain why she may have lessened posts on her video channel and social media.

People thought she was pregnant during her wedding

When news of her wedding had broken out, people had begun to speculate if she was pregnant. Aside from a slightly rounder face and an even more glowing complexion, she also wore an empress-cut gown that could make her seem like she was hiding a rounded stomach.

Read about what her boyfriend thought when she told him about the pregnancy.

People on online forums commented that she did seem like she was expecting, and that could have been the reason for the wedding. But in today’s day and age, as well as how independent Naomi is, she could also have gotten married because they wanted to and she simply thought it was time.

Singaporean blog royalty Xiaxue congratulated Naomi on her post, as well as Melissa Koh, who got married last year.

Read about Melissa Koh’s lavish wedding here, and what people thought about all her sponsorships.

Congratulations, Naomi and H! Hoping for your safe delivery!

Facebook launches Facebook Dating to 19 countries, including Singapore, making it easier for people to meet and start…
byIrone Kim 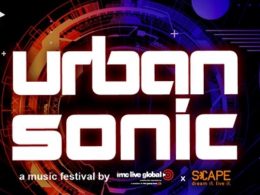 This October, Halloween creeps in at Singapore Flyer, with its rainforest being transformed into an eerie hideout of…
byalvinology