According to her Instagram profile, Jade Rasif has donned the toga of a National University of Singapore graduate, posing in a photo with her mother and her stepfather.

Who is Jade Rasif and how did she rise to fame?

In the Instagram photo above, you can see Jade looking inexplicably sweet while her mother and her stepfather look on.

Who is her real dad?

In case you didn’t know, Jade’s father is one of the most notorious lawyers in Singaporean history, who was convicted of embezzling his clients’ funds. In a controversial case that amounted up to $12 million, Jade’s father, David Rasif, has been a fugitive ever since, and has not been found.

In the photo above, you can see Jade with her mother and her stepfather, who is also Indian, just like her biological dad.

Someone on her Instagram feed asked if the man in her photo was her real dad along with calling him a “fugitive”, and this is what Jade answered,

Jade immediately clapped back, and used the commenter’s own words against him. She also emphasised the fact that she graduated from University, and that going so educates you enough to not ask certain questions.

Now she has a degree to back up her thirst-trapping?

Graduating from NUS has always seemed to be only one aspect of Jade’s crazy life. Aside from modelling and being the highest-paid Singaporean DJ, what else has she been up to?

In an interview from January this year, Jade admits that she’s always liked posting “thirst traps.”

What is a thirst trap, you say? It’s essentially an Instagram post that shows off suggestive themes and sexy or flirty looks so that people would comment about their attraction to the subject of the photo.

According to the Urban Dictionary, “A sexy photography or flirty message posted on social media for the intent of causing others to publicly profess their attraction,” is what a thirst trap is all about–and Jade is certainly having fun with them.

According to an interview with Yahoo Singapore, she enjoys setting these traps.

“I love thirst trapping,” she says in the interview. “It’s hilarious.”

“Especially when I post a picture and my ex slides into my dms, and I get to screenshot it and have a laugh with my girlfriends.” she continues.

While people think that she may be posting these photos simply for fun, doing so is actually a power play for her and a way to wield her sexuality to get what she wants. She feels empowered when a guy she likes messages or reaches out to her because of her posts, or if her ex makes her feel better about herself because he could not help but get caught by her “traps.”

This woman really seems to be as powerful as the music she plays–no wonder she has almost 200,000 followers on her Instagram account. 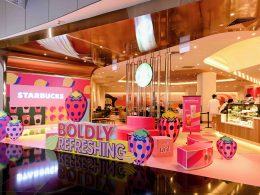 Starbucks VivoCity transforms into a Refreshers Pink Concept Store for the whole month of August!

Starbucks Singapore is introducing the Starbucks Refreshers, an all-new beverage category and bringing the viral Pink Drink along…
byIrone Kim

The March school holidays are here! It’s time for the kids to run wild and the folks at…
byalvinology You hardly hear anyone wax lyrical about fish and chips. After all, it’s your staple pub grub, one…
byStaff Writer 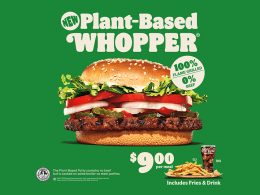