Who is DJ Jade Rasif? Alvinology takes a look at her rise to fame

DJ Jade Rasif, 24, is said to be one of the highest-paid DJs in the Singaporean scene, with her commanding $1000 per one-hour set, when she started two years ago. But this isn’t her first (and only) venture into show business, and here we take a look at some of her fame milestones.

DJ Jade Rasif has graduated from the National University of Singapore, and poses with her parents.

Thanks to her good looks, Jade may be known first for being a model and part of New Face 2016. The New PAper’s model search which has run for the 25th time, with Jade claiming the first runner and and the Miss Vivacious award from prime sponsor of the show, Subaru MotorImage.

In interviews about the event, she said that she was very nervous about her run on the competition, and thought that she had to work harder than all the other contestants because of her height. She stood a whole head smaller than the winner, Noelle Wan.

Jade said she went into an intense dieting program, which would cause her to lose weight and appear taller. In hindsight, she said that she wouldn’t recommend it to anyone and that it wasn’t sustainable.

Jade said that her desire to  be a DJ came around even before she started her career. Thanks to an ex-boyfriend, she got into the craft, and eventually became addicted to it.

But she says that  before New Face, she was not as popular as she is now. She enjoyed smaller gigs, though, but said her success as a DJ came 99% from her stint on New Face. She said that the contest catapulted her to fame since people recognised her face and wanted her to play at their parties now.

In an interview, Jade says, “The hours are insane. Some weeks, I perform weekdays from evening until 6am the next day, and then it’s back to school.

“But I’m never tired. I get pumped up over good music and I want to make sure everything is perfect. I’m neurotic like that.”

Aside from being a model and DJ, she is also an actress. She played Sheila Oh on the series Tanglin for Seasons 1-3.

Her father is on the run

Jade isn’t a stranger to controversy, especially as she is the daughter of one of the most notorious Singaporeans, who was been evading the law for years.

Jade is the daughter of 52-year-old David Rasif, who is wanted for using client’s funds for his own gain. He is a lawyer by trade, and was entrusted millions and millions of dollars and property by various international clients for cases and property purchases.

In total, he stole $11.3 million in 2006. Some of his stolen property has been recovered, but not all. He is still on the run from Interpol.

Almost got Zouk in trouble

Some of her misplaced comments during a party sent the wrong message about a failed celebrity appearance in Zouk.

Jade apologized when her comments that Zouk was in on a scam orchestrated by two other DJs telling people that American DJ Marshmello would be performing.

In September 2016, American DJ Marshmello was allegedly slated to play at the Ultra Music Festival. The customary mascot suit of the DJ appeared, but he was not the actual American DJ. Jade, who was the resident DJ of Zouk at that time, posted on her Facebook profile calling Zouk to account for the incident.

But she apologized when she found out that the club did not advertise the appearance, and the whole event was attributed to the two DJs who told everyone the person was Marshmello.

Where is she now?

She’s still studying, but she’s at the top of her game in DJing for parties all over the world. Recently, she posted about a firm @indoclubbing on Instagram, who allegedly used her name to pay their female DJs a certain amount of money for gigs.

Have you watched Jade perform before? Let us know in the comments! Via LiveLive.com. All of these videos have been removed from youtube shortly after they were uploaded: Can anything verify…
byalvinology 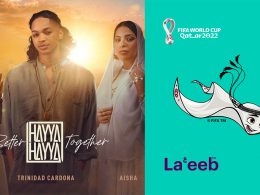