While some of us scoff that the dramatic events of TV shows aren’t exactly true, it’s certainly a nightmare when it actually happens in real life. Singapore Idol winner Taufik Batisah recently posted a video relating the harrowing events in the life of his cousin, Nur, and his toddler niece Hana as they are trapped in Lebanon. Taufik has also appealed to the public for funds and legal assistance regarding their case, especially after the details of the case had emerged.

Taufik had posted a funding page along with his video, where a man named Mohamed Ismaeli is gathering funds to help with bringing Hana and her mother home from what is allegedly a 3 year battle for the baby’s custody.

The funding page says that on September 11, 2017, Nur, her elder son, and Hana traveled to Lebanon to visit relatives. Hana’s father allegedly lived in Australia and the narrative didn’t specifically say that he was part of the group Nur and her children were visiting in Lebanon. On September 30, Hana’s passport mysteriously disappeared from Nur’s possession, and that’s where their troubles began.

The funding page says that a travel ban was imposed on Hana, which meant that the baby was not allowed to leave Lebanon until the ban was addressed or lifted. The story on the page skips to the claim that Nur was forced to leave Hana and that she was assaulted while trying to retain custody of the girl. The funding page alleges that Hana was forcefully taken from Nur in a violent altercation and that she had no choice but to go back to Singapore, leaving Hana with family she had only met then. This was in October 2017.

The page also says that Hana was purely breastfed, and that Nur was forced to leave the baby behind with strangers.

Eventually, Nur was able to return to Lebanon to get Hana thanks to a judge’s decision in a court of sharia law, and she was united with the child in June 2018. But before they were able to return home to Singapore, another problem occurred, when the father’s family accused Nur of “kidnapping” Hana, which prompted another case to open.

Throughout the ordeal, the page says that they had spent upwards of $35,000 on the case, and that they need more help to deal with legal matters, travel, and medical problems encountered.

The post also says that Nur and Hana are living in the outskirts of Lebanon and that Hana has missed the correct vaccines. The baby has also contracted Norovirus.

What is Taufik asking for?

According to his video, Taufik is asking for funds to help Nur keep Hana and finally leave for Singapore. He is also reaching out to “anyone in the world who can help” with the issue, which looks like he is asking for legal expertise.

Singapore’s Ministry of Foreign Affairs and the ‘HCG’ (Honorary Consulate-General) in Lebanon have been “alerted and updated” on all the events. Taufik also said this in his video.. Literally. I got this Satki tee from the good folks at Kilobite, a homegrown Singapore online store selling Singapore…
byalvinology 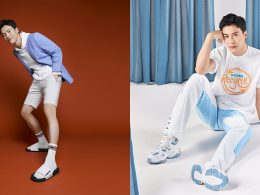 SKECHERS appoints Lawrence Wong, one of the top rising stars in Chinese showbiz today, as its Singapore Brand…
byIrone Kim

Five Reasons to Always Buy Original Toners for Your Printer 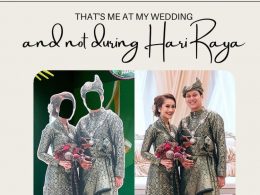 Was PA racist when they used a Malay couple’s wedding photo for Hari Raya decor?

Incidents of alleged racism in Singapore were on the rise, as if Ngee Ann Polytechnic ex-lecturer Tan Boon…
byDanielle Ann