Facebook dating could be bad for Singaporean parents, but we’re still going to tell you how to use it

With Facebook rolling out its dating functions and even a Secret Crush feature, they’re effectively harnessing 4.8 million potential user profiles (in Singapore) that already exist on their database, possibly making it the biggest dating and relationship-building app yet. While people looking to make connections or find love within the friend circles they already have may have better chances now, Facebook dating dangers are about to be very real very soon.

Your Facebook profile is separate from your Facebook dating profile. You won’t be able to see if any of your friends have dating profiles unless you have your own. you can create a profile by doing the following:

Take note that there is a separate profile and message inbox for Facebook dating. If you’ve listed yourself as “Married” or “In a relationship,” then you won’t be able to access the dating functions at all.

While single adults may be in for exciting times, there are implicit dangers to using the social media app to date, especially for parents. Here are some things to consider:

If your child has a Facebook profile, then they can access the dating feature and secret crush feature as well. If you’re monitoring their account, you could stop them or forbid them, but since it’s easy to create a profile, deleting and adding the profile when you’re not monitoring them isn’t so hard.

While they certainly have the right to find dates, some employers may be concerned with Facebook usage during work hours and even off-work, especially when domestic helpers have access to the home internet connection. All of us would want to trust our nannies not to engage in dating activities while during work hours, but it will difficult to monitor them. Some domestic helpers may also suddenly leave employment just because someone they met online could persuade them as such.

Another inherent danger is that traffickers and kidnappers can dupe domestic workers who have access to children to create opportunities to commit crimes. It’s imperative that employers discuss the dangers of using online dating during work hours.

While Facebook would like to think that genuine connections are being made, the platform can no doubt be used by those engaged in illegal sex work and those who are looking to take advantage of such an arrangement.

What do you think of Facebook dating? Let us know in the comments! 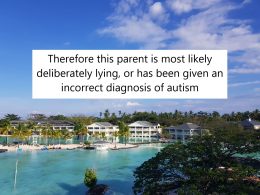 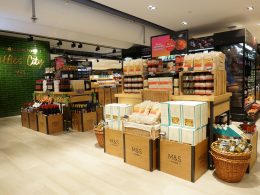 Marks & Spencer re-opens its store at Raffles City with a bigger and better space at Basement One.…
byIrone Kim 2017 is looking to be a stellar year for home-grown sportsmen, in particular boxing star Muhamad Ridhwan who’s on…
byCarrie Er
Power up your child's learning with Geniebook.
Sign up for free demo
This is default text for notification bar
Learn more