With HBO’s Game of Thrones Season 7 running on HBO Monday, Spotify has teamed up with show music supervisor Evyen J Klean to reveal the Night King’s‘Winter is Here’ playlist.

With tracks like Megadeth’s “Never Dead,” Motörhead’s “March or Die” and Muse’s “Dead Inside,” Spotify says that it’s the perfect way to celebrate the fact that winter is here.

Spotify also examined Game of Thrones listening to identify the most popular characters based on their playlist streams, and the top tracks from the show.

Most Popular Game of Thrones Characters in Singapore

The character playlists were created with the help of Game of Thrones music supervisor Evyen J Klean. Samwell was the most streamed playlist in Singapore, followed by Sansa Stark and Jon Snow. 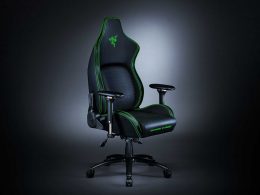 lyf Funan Singapore has created the perfect neighbourhood, managed by millennials for the millennials and the young at…
byIrone Kim