Nicholas Lim – the ‘peeping Tom’ in the Monica Baey shower video saga broke his silence, receives support from some

Alvinology previously reported the case of Monica Baey, the National University of Singapore student that had been the victim of peeping Tom Nicholas Lim. She had been taking a shower in a university hostel when she saw a mobile phone recording her from under the shower stall door. She was unable to catch the culprit, but an investigation with the help of the university lead to the capture of fellow student Nicholas Lim.

She revealed the details of the case and her feelings on the matter in an April 19 social media blast on her Instagram stories, which included a photo of Nicholas’ social media profile.

Read about Monica Baey and how she sought justice when she was dissatisfied at how authorities handled her case.

Who is Nicholas Lim?

According to statements from NUS, Nicholas Lim is a student at the university, who was caught on CCTV taking a video of Monica Baey while she was showering in the university’s Eusoff Hall. His now-defunct Instagram account had mentioned that he was a Chemical Engineering student at the same university.

A financial agency called Great Eastern had confirmed that he was one of their agents, but have since dismissed him from their roster.

In an interview with Asia One, Nicholas Lim had finally broken his silence, days after the case went viral. Singaporean netizens descended upon him and his family, subjecting them to incendiary comments and unwanted attention.

According to Nicholas, his grandmother had died from cardiac arrest, a day after the peeping tom story went viral, but said that her death was not related to any of the recent events.

Who is Monica Baey? Read about the girl who asked for justice after someone peeped on her in a shower stall.

In the interview, he said that he did not know what had come over him, as he had won a tough rugby match with his team before he went around to the shower stalls, finding someone to peep at. Could his celebratory mood have pushed him? The interview does not say.

He said that he wasn’t drunk nor was he intoxicated with any other substance, and that he did not have much premeditation on his actions.

“The thought came and I did what I did. It was a hasty decision. I didn’t know who was inside. I wasn’t dead drunk,” Lim said.

Once Nicholas had escaped the shower stalls, it didn’t take long for his girlfriend to get wind that someone had taken a video of a girl showering on campus. Nicholas had come clean with her, and they had decided to go to Monica to ask forgiveness.

The story still went viral, and Nicholas feared for how it would affect his father, who is a taxi driver, and his mother, who is a housewife.

But he also reiterated that the social media backlash was immense.

“I hope that people realise the power and impact of social media, and use it for the good of the society. That being said, I am in no position to claim what is fair or not, nor right or wrong.

“I personally hope that nobody else, along with their loved ones, would have to go through the scrutiny and shaming we did. I would not wish that upon my worst enemy.”

He also said that he deserved what happened to him and is seeking forgiveness.

“Nobody should ever be put through the kind of trauma that I caused Monica. People have condemned me and my actions – I deserve it.

“I condemn myself. I seek everyone’s forgiveness,” he said.

While the issue still hasn’t completely died down, with the university already changing policies and setting up support structures for similar incidents in the future, a Singaporean forum is populated by sympathizers with Nicholas, saying that he did not deserve such treatment, especially because he is “cute.”

One comment said, “Nicholas Lim is handsome and cute. So all should be forgiven.”

Another comment on the matter said, “Either you accept an apology and let go or you don’t accept and let the matter drag on. but once a letter of apology was issued and accepted, then let the matter rest. Just wonder who is the real victim now?”

Somehow this Monica needs to get her yardstick of victimization reset to a realistic value.

300 innocent people may never get ANY justice for their loss of life,

every day hundreds of women don’t get ANY justice for serious crimes committed against them.

While this pretentious female is asking for more “justice” because an immature boy tried to film her taking a shower ??? 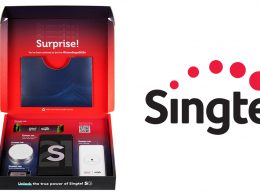 Here comes HYSSES’ hand sanitisers and essential oils – chic, cute, and will give your immunity a boost

One can’t be too careful nowadays, especially with all the kinds of disease you can get from basically…
byIrone Kim 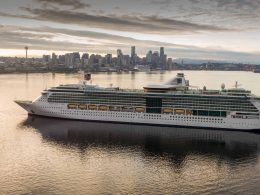 Serenade of the Seas to make the Ultimate World Tour – 274-Night Adventure in All 7 Continents in 2023!