In what could be one of the most romantic videos from a Singapore YouTube creator to date, Jianhao Tan had proposed to his girlfriend, Debbie. A few weeks after that video had aired, Jianhao has more happy news to share with his followers–that he and Debbie are going to be parents!

The Instagram post above could have been a not-so-subtle clue to Debbie’s pregnancy as she was showing off her small baby bump but alluding to the fact that she had just eaten. The comments were rife with speculation, but with no confirmation from Debbie or Jianhao at the time, the rumors were free to fly unchecked.

In an Instagram post and YouTube video, Jianhao confirmed the pregnancy with a photo of him against Debbie’s unmistakable baby bump and photos of their baby’s ultrasound results.

A lot of emotions are going through me right now. I’m so nervous yet excited to share this with you guys. Yes @debbwie is indeed pregnant and in a few months, we’re going to have a little version of us in our arms. Thank you all for your constant support and love. I can’t wait for you guys to meet the baby and for the baby to meet you ❤️ (Watch the video- link in bio)

He also posted a video about their announcement on his YouTube channel.

From the photo, it’s clear that the pregnancy has progressed beyond the first trimester, and Jianhao confirms that they will be parents in around five months, as the video was taken when Debbie was four months pregnant. The first trimester of any pregnancy has the highest chance for miscarriage, and it’s common for couples to announce that a baby is on the way when the chances of miscarrying go down drastically after twelve weeks.

Jianhao also shared that he accompanied Debbie when she was trying out wedding dresses.

The couple were very forthcoming, and said that they found out when Debbie was two months pregnant.

She also has a lot to share to her followers about her pregnancy on her YouTube channel.

In our previous report, Jianhao released a video detailing how he proposed to Debbie in an elaborate event with the help of his team and other Singapore vloggers like Dee Kosh. The video was uploaded on March 17 but it was unclear on the exact date when the proposal happened.

Finally proposed to the love of my life, my queen @debbwie ❤️ SHE SAID YES!!! (full video- link in bio)

Jianhao mentioned in the pregnancy announcement video that he wanted to have eight children. 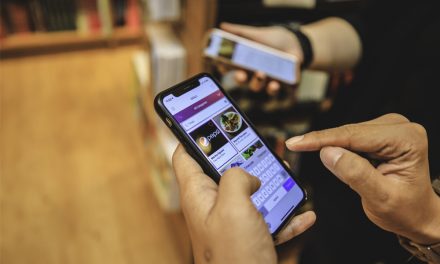 5 hacks to save money when shopping at Marina Square