Here’s how to become the husband of Kansita Rotthong, the 10 million baht bride

Aside from the messages that Alvinology has been receiving on Kansita Rotthong, the 10 million baht bride, reports say that her father, the 58-year-old durian trader Anont Rotthong has fielded roughly 10,000 phone calls inquiring about his offer.

The successful durian trader had posted that he was offering 10 million baht or roughly $425,300 to any man who can succeed him in his durian business and marry his daughter, as he wishes to retire and focus on a different business.

His offer to the man he will choose to be his daughter’s husband includes ten vehicles (which are now identified as pickup trucks for the durian business), a house, and the durian trading company itself, aside from the money. He said that he will not collect any dowry and that he isn’t looking for anyone with good looks or riches.

Initially. But it seems that has now changed as the offer has taken a life of its own.

What are the requirements?

Here’s where things are starting to get tricky. What was initially a very short list of requirements that included simple but broad terms such as someone hardworking, doesn’t gamble or smoke, and is willing to learn the durian business, it has now become longer with each new development.

He also required that the man know how to source durians from orchards.

Now, Anont Rotthong says he prefers Chinese men over Thai men ideally, since he thinks that Chinese men are more hardworking. Kansita has a Chinese-speaking Master’s Degree from Sun Yat-sen in China.

More requirements include true love and the provision that Kansita approve his final choice, as she said that she and the man must get along.

Various media reports have shed light on the family’s predicament, as the virality of the circumstances have begun to put pressure on Anont’s wife, himself, and even Kansita. What were initially positive thoughts such as “respect” for her father’s method of looking for a son-in-law has changed.

Reports said that Anont’s wife does not agree with the Facebook post and the method he is using to find a son-in-law. She said that his way would only attract men who wanted money.

Kansita also said that she did not think he would seriously post such an announcement on Facebook nor would there be such a response. She said that she will still have the final decision and that her father is only doing preliminary screening of the candidates. She also said that while she wasn’t into looks that much, the man has to be in certain proximity to her own social status. Does this mean ordinary men with no money are out of the running?

With Anont’s phone ringing almost 24 hours a day due to inquiries about his offer, he has pleaded with applicants to stop hounding him and give him time to rest.

So how do you apply for the position of husband of Kansita Rotthong?

Anont has set a commencement of the contest, and that interested parties should go to their durian market in Chumphon on April 1, where he said, “Bring lots of clothes, you will be working for three months. If more than two suitors remain after that, you’ll work for three more months until only one man is left. That’s the partner I want for my daughter.” 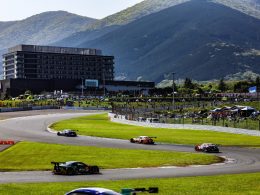