If you missed the drama that went down the past few days with YouTuber Dee Kosh and the die-hard fans of Korean boyband BTS, consider yourself lucky. Things got ugly (and abusive), and it was all because of a so-called “social experiment.”

What happened with Dee Kosh and the BTS ARMYs?

Fans of Korean boyband BTS and Singaporean YouTuber and radio DJ Dee Kosh fired up Twitter and other social media platforms the past few days. What started it? It was Dee Kosh’s tweets about how he thought that most of BTS’ songs allegedly sounded the same. He even put up some examples in his tweets and also showed how the sheet music of each song were written in keys close to each other on the scale.

Read about how BTS fans want Dee Kosh and his “associates” banned from the BTS Love Yourself concert in Singapore in 2019 here.

The reaction to his tweets were mixed at first, with some followers and fans trying to understand his perspective, with others dismissing him as trying to stir up relevance in relation to his job at a radio station. Others said even worse things.

This is a natural reaction whenever someone posts an “unpopular opinion.” To be fair, Kosh did have a disclaimer about his opinion, and stated it clearly. But knowing that the demographic that BTS appeals to, the high emotions of teenage girls and die hard fans would not take this sitting down.

But this is where it gets awful

Dee Kosh then began to engage the retweets of his posts, often engaging the Twitter users who retweeted him in a negative light to rile them up more, pointing out that they took him too seriously, that he had videos and sheet music to prove the truth, and that he did have a valid disclaimer at the start of his tweet.

He also qualified that he did not hate BTS, but that he had an opinion about their music.

After a while, Kosh then tweeted a video of him in extreme distress, tears, and completely upset with some of the comments and tweets about him in relation to his video. Take a look at the video here:

To all the ARMYs in my mentions pic.twitter.com/7YtLgj8TV3

Then his next tweet notified people that his 6-year-old YouTube account had been “deleted” or taken down, no thanks to the legion of fans who allegedly reported him.

And this is where Dee Kosh becomes a bully

Thanks to an unpopular opinion that he posted and how he engaged the BTS fans who interacted with him, the discourse on his tweets didn’t die down for days. He cultivated the reactions and tried to refute every single one, often using low key gaslighting to downplay the rage and hurt his tweets engendered in the emotional fans.

Just like Dee Kosh, BTS fans aren’t talking heads. They’re real people with real emotions. Except of course when they use Eye-mo to fake cry.

But what really cemented Dee Kosh as the bully in this situation is when he revealed that he had planned to use these BTS ARMYs to “prove a point.” Take a look at his video where he explains and shows that he used Eye-mo (duh) to simulate tears and that he faked his distress and upset at how the fans treated him.

He went on further to say that this is simply a “social experiment” to showcase mob mentality, and that the disturbing behaviour of the fans who celebrated his upset and distress indicated that the fans are quite toxic.

While the conclusions and analysis he drew from his stunt may be valid, his methods were very unsavory. Why so?

A social experiment or study always requires consent from the subjects

While Dee Kosh has demonstrated that you can do and say anything on the internet, labeling what he did as a “social experiment” downplays the distress that he caused with the fans who took his opinions as statements to be commented on, and that they were free to react and get genuine responses from him.

When in truth, Dee Kosh did not disclose that he was “studying” them. Any researcher (or human being) who had an ounce of integrity and respect for the research process would always disclose and inform the subject of the nature, form, and other details of the responses they would ask from their subjects. In this case, Dee Kosh just jumped into doing the experiment, without the BTS fans unaware they were being studied.

While his opinions may be truly his own, that he provided the “subjects” stimuli in the form of his deceptive video for them to react on is pure and simple trolling. It’s like you fired a gun into the air and gleefully took down names on who cowered in fear and who tackled him to the ground, all the while, the people around him were experiencing extreme fight or flight reactions.

Labeling his actions as all part of a social experiment is like he subjected all these fans to a clinical trial for a new drug without their consent. Then when they reacted negatively, it’s their fault for believing in the claims of his new drug.

Did BTS ARMYs say nasty things about him and exhibit abusive behaviour and “mob mentality?” Yes. He baited them with contrived responses and they responded genuinely.

Did Dee Kosh also abuse fans through gaslighting and not asking consent to participate in his “social experiment?” Yes.

What is the value and point of his experiment if his methods are invalid and his conclusions myopic ? We don’t know. We’d rather not speculate on his actual goals, especially since we have not spoken to him.

Why is this dangerous?

Dee Kosh has an audience. He is an influencer, which means he can influence people. When people justify his behaviour, they’re saying that the abusive behaviour he put the fans through is all right because his point was true. It becomes socially acceptable to anger people and enrage them to elicit a reaction for entertainment and whatever unethical reason he has.

Dee Kosh should be more responsible because he has reach and influence.

While we can consider the reactions of the fans as genuine and authentic, his actions were not, and were crafted not to provide a baseline response and an actual response, but a single response he predicted. The last time we checked, an “experiment” needs a control group, yes?

In case you were wondering, here’s how to do an experiment in an “ethical” manner.

Which is why the term “social experiment” doesn’t really amount to anything in this case–just a person on the internet trolling BTS fans. If he labeled it as such, then the fans were trolled. They have a mob mentality. He was able to bring that out in them. Yay. Congratulations.

But stop using the term “social experiment” to justify your actions. You’re free to do whatever you want, and you’re free to point out the awful things the BTS fans said about you. They were indeed awful–but that doesn’t mean you weren’t awful first. What you put out in the world comes back to you.

As far as we’re concerned, you didn’t add anything relevant to the body of human knowledge. If you’re going to troll, at least own up to it. Otherwise, you’re just a bully and a gaslighter.

Opinions expressed by the editor are hers and hers alone and do not reflect the stance of Alvinology or its other contributors and editors in any way. 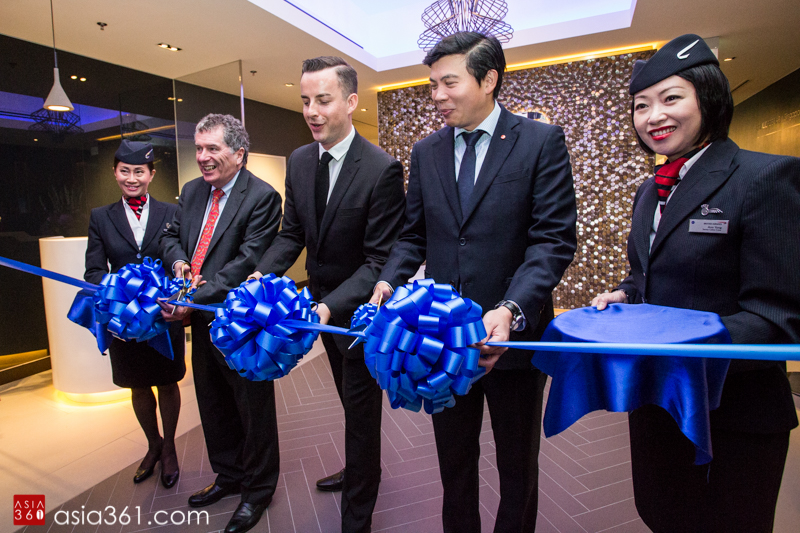 My college, Bob (jiuhukia), a photojournalist at MyPaper is selling some of his photos taken in India to…
byalvinology Here we go again – MAMMA MIA! is back in Singapore and we’re lovin’ it