Alvinology previously reported that former singer and actress Foyce Le Xuan has had an uncanny amount of luck at the 4D Lucky Draw, and it seems that her luck (or is it a technique) hasn’t run out yet.

If her Facebook and Instagram feed are anything to go by, then she has a take home prize at almost every draw she she joins! She continues to post winning tickets and a lavish lifestyle on her social media accounts.

Sometimes, the tickets she shows have marks and folds, which makes some netizens think that she could not be the owner of the tickets. Others would speculate that she may have a technique that lets her win easy in the draw every time, but that her winnings aren’t as large as she’d like people to believe.

In a Facebook post below, she once again showed off two of her winning tickets and made some allusion to how she was having such a lucky streak.

According to her post, it wasn’t about the luck anymore but because of mathematics. Take a look:

Accompanying this video is a caption that says:

Today i swipe on all Lottery 3rd Prize, Starter & consolation again. Today’s 3rd prize is immediate re-permutation of my this wed’s 2nd prize number. While this wed’s 1st prize also immediate re-permute and re-open in my exact number sequence i posted this wed. IF U STILL THINKING I AM CRAPPING ABOUT MY IMMEDIATE ALGORITHM THEN I DON’T KNOW WHAT TO SAY ANYMORE!

She said in the post that her lucky combination today is just a permutation of a number from a previous draw. She also then mentions that she uses an “immediate algorithm.”

The BBC or British Broadcasting Corporation says that an algorithm is “a list of rules to follow in order to solve a problem.”

Does this mean that she uses a specific method to get her numbers every single draw before it happens?

To further solidify to her detractors and bashers that she has legitimate winnings and to feel better about herself, she has recently shared that she had her nose fixed with a plastic surgeon. Following a more natural trend for Asian girls, she didn’t opt for the straight, sharp nose, but one with a listen but still Asian and rounded look.

Take a look at her post on this below:

She also said in the post above that she had work done on her cheekbones. According to her profile, she is currently working at Mediacorp.

Here are some reactions online on her winning streak:

Some say that she may be using software that has problems.

While others think that she is very smart and has figured out what she is doing.

While some bought into the algorithm she alleges she has but are wondering why she is so proud of it online.

While others will only believe if she was instrumental to their win themselves.

Others remembered similar incidents and even cited previous reports from Alvinology.

And finally, someone brought up the legal card.

What do you think of Foyce’s method and her new plastic surgery results. Let us know in the comments!

The fiery Qi – The House of Sichuan, awarded One Michelin Star for three consecutive years in Hong…
byalvinology While interacting with strangers can be difficult, this 18-year-old Malaysian boy may still be wandering the streets now…
byDanielle Ann 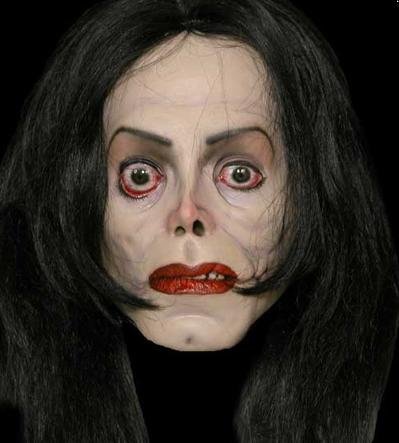 With Halloween just round the corner, have you bought your costume yet? I have one recommendation that is…
byalvinology