In a report by Rice Media, a girl named Hannah Tindall of New Zealand has been in correspondence with the online publication to shed light on the story of her sister, Naomi. According to their statements as collected and published by Rice Media, the incident happened 11 years ago, when Eden was 19 years old and studying in a New Zealand University, and the victim was 13 years of age.

Read about Lilith, the makeup artist who filed the report against Eden Ang. How did this start?

According to the post, the victim, Naomi, said that she and Eden met in Christchurch, New Zealand as the latter was working at an ice rink. There, they had chatted with each other and developed a friendship, with Eden calling her home. Her mother told Naomi not to speak with Eden anymore, since he was much older. The report indicated that Eden allegedly knew she was only 13 years of age.

After some time, Naomi and Eden allegedly began to meet more frequently outside of the ice rink, spending an increasing amount of time together.

From there, Naomi was eventually convinced to go with Eden to his home at the time in New Zealand. There, Eden had allegedly convinced Naomi to perform various sexual acts on him.

While she was disgusted by the act, she thought at the time that this was the pretence for friendship and getting to know each other better. She said, “I was a 13-year-old being manipulated and made to believe this was normal. I met Eden a few times after this too, as he made me feel that this is what love was. I thought he wanted to be around me and continue a friendship.” How did the statutory rape allegedly happen?

Under the pretence of playing a song for him, Eden had allegedly lured her back into his home. They were in his room and then had undressed, and according to Naomi, “it just happened.”

The report said, “When asked what happened next, Naomi explained ‘it just happened’. She said she was lying on her back and he was at first beside her and then on top of her and he was moving. When asked about sex, Naomi said that he had put his penis in her vagina. She described it hurting for a few seconds.”

Naomi also mentioned that Eden would not have known that she did not want to conduct the sex act at the time, but he was aware that she was only 13 years old.

She said she also felt a lot of pressure to stay, and that looking back, her young teenage mind was manipulated, and had accepted that a grown man like Eden could do such things to her, that it was right.

A few days later, she said Eden had texted her about the incident allegedly expressing guilt over the fact that she was only 13 years old.

Read about how SG police deny that they turned away Lilith and her friend when they gave their complaints about Eden Ang. How did she tell the police?

After being sent home with bus money that Eden reportedly provided for her, she was mum on the events for a few days. Then she told her sister what happened.

Her sister, realising that Naomi was not equipped to deal with the situation, told their mother, who then told the police.

Statements and interviews were taken. Her statements were also sent back to Singapore.

Despite the information given, the police decided not to pursue the case as Naomi did not seem to be able to provide adequate testimony on the incident. What’s more, the New Zealand police said that they could not do anything about Eden, or stop him from working with children in the ice rink.

However, the records in the report showed that Eden was issued a warning and his father spoken to by the police at the time.

Why did she come forward now?

According to the same report, Naomi, who is now engaged and is 24 years old, said that she had been following the reports about Eden Ang sexual harassment cases and wanted to add her voice to the issue–hoping that other girls would gain the courage to come forward.

Read about the first girl to report Eden Ang for his alleged sexual misconduct. Errata: A previous edition of this article said that Dr. Lee had 27 years experience in the emergency…
byDanielle Ann 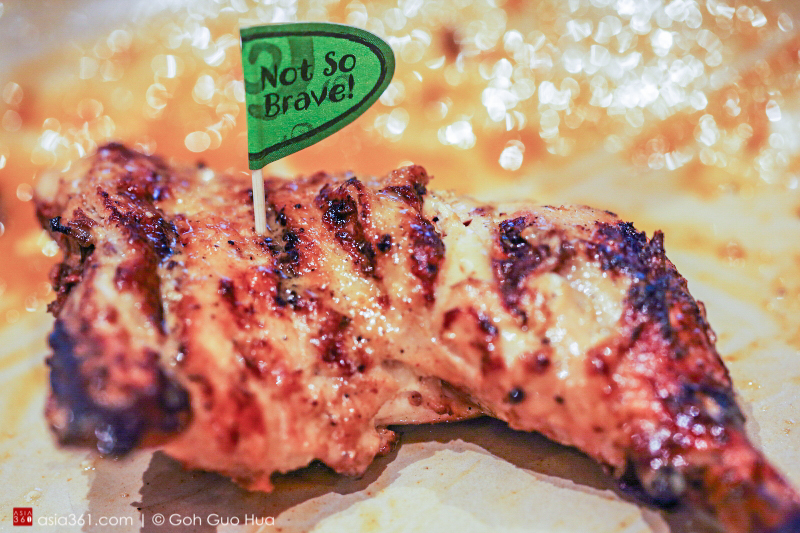 This article was first published on ASIA 361 and written by Goh Guo Hua. Our love affair came…
byAsia 361

Who is Charles Chong?

Via Wayang Party. “Le Cordon Bleu Chef”, Tan Yong Soon may have been reprimanded by his bosses, but…
byalvinology