In an email and interview directly with Alvinology, a girl named “E. Lin” disclosed details of an alleged conversation with the Wah! Banana actor that could support the Eden Ang sexual harassment allegations against him.

In her account, she said that she had disturbing conversations with an account that had the actor’s name, and she was hoping that her story would encourage other girls to speak up about the 30-year-old YouTube creator who has been hounded by sexual harassment allegations since late last year.

I know someone is laying low, waiting for the “Daddy” sexual harassment saga to die down. So I thought I would share the screenshots of my conversation with Dear Wah!Banana youtube cum entertainer, in hopes that more people will speak up, not just girls about the sexual and tiko messages, but guys about his work ethics.
I was a (now-defunct) Youtube Channel videographer, and was approached by back then by Eden Ang. Being a small-timer back then, it was somewhat an honour to be contacted and asked for collaboration by him.
But the conversation went a little weird, and I didn’t know whether he was “just joking” aka a great excuse if I get offended, or plain tiko and rude. I stopped conversing with him when the screenshot messages ended, and nearly wanted to delete the messages.
But my friend told me not to, just in case. So this “just in case” popped up several years later, and I decided to screenshot my conversation with him, to warn girls out there of this “influencer”. While I was not physically assaulted, I probably would have if I’ve went to his house.

Here are the screenshots that accompanied the email. According to Ms. Lin, this conversation took place in 2014. Above, he asks E. Lin to come to him not dressed as a lesbian. E. Lin mentioned to Alvinology that she is bisexual and Eden is allegedly aware of that.
Read about Nicolette Lim, the former national gymnast, and her experience with Eden, when she was 18 years old. Eden in this conversation was sad that she opted not to wear anything sexy. Eden then asked E who the girl she posted was, and said that he wanted to see her nude. It seems that the person Eden in this conversation is talking to E as if she were a guy and a girl at the same time.
Read about the four actors who support and defend Eden despite numerous allegations and police reports. He then suggested that they double team the other girl. He also asked E if she owned a sex toy commonly known as a strap-on. He then invited her to do a film that may involve sex and nudity.
Melissa Yeo also had something to say about Eden’s behaviour to her. E entertained the suggestion. Eden noticeably said that he wanted a girl in a g-string again. Eventually, he said that he wanted to film a girl in full nudity. He then asks E some personal questions about her sexual preferences.
More girls come forward, with one filing a case for outright harassment against Eden. Their conversation turned to Eden’s sexual preferences as well and he allegedly said that he has experience being with two girls. The conversation has veered away from the film they were planning. He then describes a film he wants to do of a girl in prison who is abused by several men. Photos of the conversation were provided by E to Alvinology.
He mentions that the girl in the film he wanted to do would bleed. E declined.
In a subsequent interview with E, who declined to reveal her real name or any of her YouTube videos, she said that she and Eden had stopped talking since this conversation.
While this conversation could be construed as nothing more than banter between friends (if you were defending yourself in court, could this support the allegations against Eden?
What do you think? Let us know in the comments!
Read our interview with Lilith, the girl who first filed a case against Eden.

The Shilla Duty Free Singapore will be launching a new store at the soon-to-be-opened Changi Airport Terminal 4.…
byStaff Writer 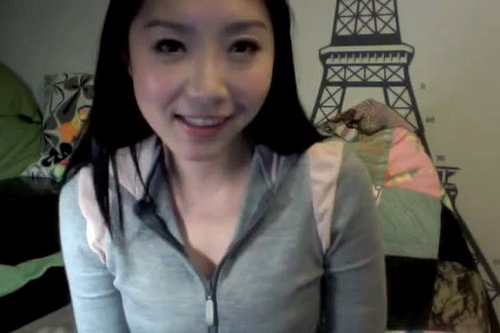 Via Chinasmack. I suspect this may be a viral web video for some breast enlargement centre in Hong…
byalvinology Celebrity moms Jaime Teo and Jamie Yeo have more than just the pronunciation of their names in common. Often seen together…
byChitra Kumar
Power up your child's learning with Geniebook.
Sign up for free demo
This is default text for notification bar
Learn more