What if the Singapore Armed Forces had their own anime opening theme songs?

What goes great with the Singapore Armed Forces? Anime! Who would have thought that all our military needed to create great video content is the Naruto opening song Silhouette by KANA BOON to make everything badass?

Some really good video editors have uploaded several videos showing the various branches of the Singapore military and defence forces in action against the soundtrack of one of the most iconic Japanese anime shows of the 21st century.

Here’s the first video for the Singaporean army:

The song is so popular and memorable, with a great tempo as well, that other members of our defense forces have made their own videos.

Take a look at the one for the Singapore Navy:

While the Singapore Navy anime video had more action and better sound, the Navy video had better looking scenes from inside the naval warships. The latter video didn’t have a kickass opening title that sort of looked the like Avengers: Infinity War title screen.

Next is the one for the Singapore Air Force:

This one also has better editing than the one for the Navy, and there are actual characters in this video. We’d like to draw your attention to the very pretty CPT Vanessa Lim and handsome LTA Cai Weijun. They should be featured in the recruitment videos more.

Actually, this should be the actual recruitment video for the Singapore Air Force.

Points should also be given fr the the sponsor announcement at the end of the video, in keeping with JApanese anime conventions. This one is a tough contender for the best video.

The Singapore Civil Defense Force also has its own video, with the same song. Check it out:

This video has great sound and good material, as fighting fires is inherently dramatic, even if the first part of the video showed some handsome guys turning wrenches. The action quickly escalates, though, and you’ll see some great scenes and dramatic rescues.

But this may be the best one yet, because it has a cute dog in it. Yes, we know, we’re not being very objective here, but it’s a rescue dog!

Lastly, but definitely not the least out of all the videos is the one created for the Singapore Police Force. Watch it below:

We think this one has the most drama out of all the videos, simply because the material shows things that may feel closer to home for ordinary Singaporeans. While the hostage scene and the knife scene may be too dramatic, this one has the best editing.

Which of the anime opening videos did you like best? Let us know in the comments! 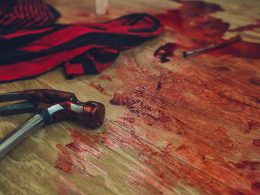 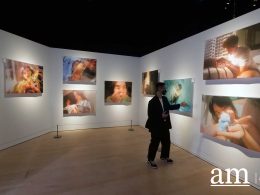 Naomi Neo is pregnant and here are all the details

While the internet is still getting over Naomi Neo’s gorgeous, intimate, wedding, the blogger drops another life event…
byDanielle Ann
Hello. Add your message here.
See how Snapask has been helping out over 3 million students around the world. Find a perfect plan