Blogs are now one of the world’s most relied source of information and the best choice when one wants to promote their business with less effort and expense.

The demand for bloggers is rapidly increasing and so does their population. With an uncontrolled number, some bloggers forget about the practice of responsible and professional blogging. In Dublin, Ireland, one blogger just crossed the hard line.

Last January 17, 2018, Charleville Lodge Dublin posted on The White Moose Café’s Facebook Page announcing that “ALL BLOGGERS BANNED FROM OUR BUSINESS.” The intriguing announcement went viral. Along with it is the questioning of bloggers’ integrity in Ireland, or probably the whole world.

Paul Stenson of Charleville Lodge is certain to its decision in banning all bloggers in their hotel for a reason that everyone will probably agree. The management said that they received a backlash after asking an unidentified blogger to pay for a hotel room. The hotel is simply asking a customer to pay for the goods received and services rendered.

The said blogger gave the business bad reviews because she was not granted her request for a freebie. The management did not expect to receive such feedback for that very simple reason.

Out of respect, the management did not mention or identified the blogger in their post. Despite this, the blogger created a counterattack video saying that she was “exposed” with “malicious intent” for asking a freebie. To that cause, the management finally opted into banning the entire blogging industry from their business. They even warned all bloggers who will attempt to enter their premises will be ejected.

There are mixed opinions regarding the hotel’s Facebook post. Some netizens agree that the uncontrolled number of bloggers and their freedom to say anything they want has made blogging a hobby rather than a profession.

On the other hand, some people suggest that the announcement was a wrong move by the hotel. They explained that blogging is now an integral part of digital marketing, and created a bad press around themselves. Some would also say that attacking bloggers is a smart move to get the right attention a business needs.

What’s your side of this story? Share your thoughts in the comments section below.

The Kid Who Would Be King is a 2019 fantasy adventure film written and directed by Joe Cornish.…
byalvinology 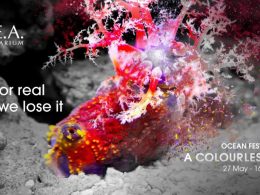 S.E.A. Aquarium invites your kids to join its educational half-day summer camp that will inspire them to become true-blue ocean protectors

Learn about the colourful oceans, marine biodiversity and how to protect them at S.E.A. Aquarium’s Ocean Fest from…
byIrone Kim