Cosplayer Kuroe Kun’s sexual harassment allegations against Eden Ang weren’t for herself–they were for a friend. But who is this friend who was the recipient of Eden’s alleged unwanted attentions? Lilith posted her side of the story on her Instagram account below:

Hey everyone. My name is Lilith, and I am the victim in the Eden Ang scandal that is currently going on. I haven’t said anything so far because i’ve been scared. no, terrified by what speaking up would mean..for my safety, for my dignity, for my family and for my friends. But enough is enough. It has recently come to light that there had been some discrepancies in the post that my friend had put out. I am here to set the record straight. Everything she said about Eden is true. He did touch me after me repeatedly telling him no, both online and offline. I will be filing a police report soon and will be unable to further comment on this issue. I encourage every girl out there who may feel the same way as i do, to please, speak out. Even if my coming out with this leads to being harassed and my safety being compromised, if I give courage to even just ONE other girl to stand up for what is right, this all be worth it. thank you for the support most of you have given me. I hope this step I take will be a step for change.

What happened with Eden Ang?

Previously this week, Kuroe Kun said in a Facebook post that her unnamed friend (at the time) was struggling with being the victim of alleged sexual harassment from Eden.

Read about the things he allegedly did to Lilith in our previous report.

According to Dee Kosh, the victim of Eden’s alleged unwanted attentions was the latter’s personal assistant. Dee showed text messages that were reportedly from Eden, or at least from a profile with “Eden” as the name. Watch his video below:

Eden Ang denies the allegations against him.

So who is Lilith?

According to a web page called skindeepface which features a woman who matches the photo of this woman on Facebook and @lithekitty on Instagram, she’s a makeup artist.

She practices makeup artistry on a freelance basis and has a diploma of Professional Makeup Artistry under Cosmoprof Academy.

Here is Alvinology’s exclusive interview with Lilith as a makeup artist.

She also said that she has done makeup on “Upfront Models SG, VM Models Hungary and Mister Universal Ambassador 2015 from Puerto Rico.”

Her boyfriend supports her

After she posted her side of the story on Instagram, Lilith’s beau Vincent Lim also showed his support with the post below:

Empathy is what makes us all human. So if it’s not too much to ask, just empathise with me for a little bit. How would you feel, if your Girlfriend, your Wife, your Sister or your Daughter came to you in tears telling you she was violated by another man? How would you react, when she’s crying into the abyss of the night, every night. Yeah, can you imagine? It’s pretty rough. Now, this brave Girlfriend, Wife, Sister, Daughter finally gets the courage to speak up. To stand up for what is right. And she doesn’t do this with smiles and sunshine but instead, with sobs which grow longer and louder with every word she types. Still, people doubt her. Still people hate. “Liar.” “Slut.” “Asked for it” “you just want fame”, these words echo across the internet, deafening the words of encouragement that others give. How are you supposed to feel, when an experience that tilts your entire world upside down, is so easily brushed off? The scariest part is that there are so many other victims of sexual crimes that have yet to speak up. And you never know, because these victims could be related to you in some way. So please, show some empathy, show some humanity and stop victim blaming.

Something curious about her photos

Some netizens also noted something interesting about her Instagram account. They found a photo of her with another person who has been accused of stealing a $35,000 Rolex.

Here’s the photo from the Straits Times: And here is a photo of her and someone who looks like one of the suspects above. While she’s in a photo with someone who looks like the man in the case, this does not mean that Lilith is involved. A strange coincidence, then?

What do you think of Lilith’s side of the story? Let us know in the comments! 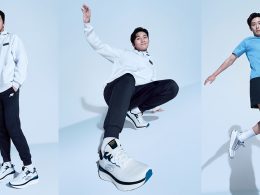 Did the Wuhan coronavirus 2019-nCoV come from Huanan Seafood Market or somewhere else?

As the world braces for what could still be a global health emergency thanks to 2019-nCoV or the…
byDanielle Ann
Power up your child's learning with Geniebook.
Sign up for free demo
This is default text for notification bar
Learn more